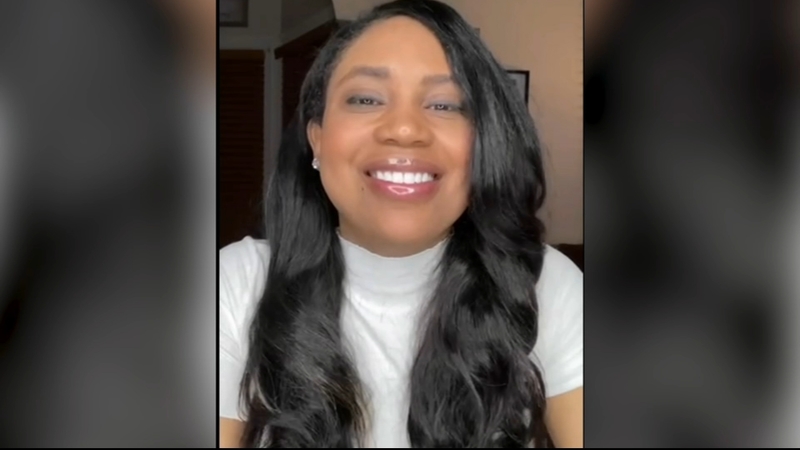 PHILADELPHIA (WPVI) -- When it comes to keeping secrets and pulling off surprises, today's "Morning Mom" takes the top prize.

During the pandemic, Tiauna McKnight-Saunders had her hands full at her Fox Chase home.

Her days would start early.

"In a pandemic with two boys, ages 3 and 1, was literally like being in the Twilight Zone," Tiauna said.

She had to get her oldest son Tayden set up for virtual Pre-K while making sure Tobias had plenty of toys at the ready.

Then Tiauna got to work, not only at her three jobs, but also on getting her doctorate degree in Educational Leadership.

And get this: Tiauna didn't tell any of her family or friends she was pursing her education.

And on March 5, all those early mornings and late nights paid off.

A few days later, Tiauna and her husband Tyrone had everyone over to share the news of her major achievement.

Tiauna had been working on her doctorate since 2015, but had to take two breaks for maternity leave.

Even with the interruptions she graduated with a 4.0!

"With so much tragedy around us, I wanted to have a moment to just celebrate a milestone, an accomplishment," Dr. McKnight-Saunders said.