Where the investigations related to President Donald Trump stand 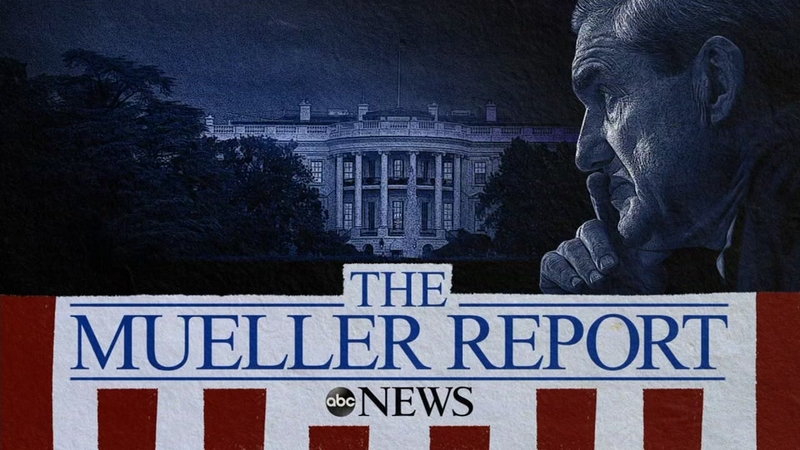 WASHINGTON -- Where investigations related to President Donald Trump stand and what may lie ahead for him:

WHAT YOU NEED TO KNOW

Attorney General William Barr will hold a 9:30 a.m. press conference accompanied by Deputy Attorney General Rod Rosenstein, who oversaw the investigation since Mueller's appointment in May 2017.

The nearly 400-page report will be sent to Congress and made available to the public. It will be the first time America gets to hear directly from Mueller on what he found over a nearly two-year investigation into Russian election interference and the Trump campaign.

The report will detail the evidence Mueller uncovered on "both sides" of the question of whether Trump obstructed justice. It could lay out how prosecutors viewed the Trump campaign's attempts to capitalize off the Kremlin's interference, even if they fell short of criminal activity.

Barr's credibility is on the line as the public will be able to compare the redacted report from Mueller to a letter Barr released last month detailing the special counsel's principal conclusions.

Trump's lawyer-spokesman Rudy Giuliani says the president's legal team has prepared a document to release after Mueller's report is made public.

DID THE TRUMP CAMPAIGN COLLUDE WITH RUSSIA?

According to Barr, the answer is no.

In his letter dated March 24, Barr quotes from Mueller's report saying the investigation "did not establish that members of the Trump Campaign conspired or coordinated with the Russian government in its election interference activities."

The letter does not detail what Mueller learned about a broad range of Trump associates who had Russia-related contacts during the 2016 presidential campaign and transition period. It also doesn't answer why several of those people lied to federal investigators or Congress during the Russia probe.

Barr is confronting concerns that his four-page letter unduly sanitized the full report in Trump's favor, including on the key question of whether the president obstructed justice. House Democrats have approved subpoenas for Mueller's entire report and any exhibits and other underlying evidence that the Justice Department might withhold.

IS TRUMP OUT OF THE WOODS?

Trump also plays a central role in a separate case in New York, where prosecutors have implicated him in a crime. They say Trump directed his personal lawyer Michael Cohen to make illegal hush-money payments to two women as a way to quash potential sex scandals during the campaign. New York prosecutors also are looking into Trump's inaugural fund.