Police and the fire department were called to the Best Western on the 1200 block of Vine Street for the report of a fire.
WPVI
By 6abc Digital Staff and Katie Katro 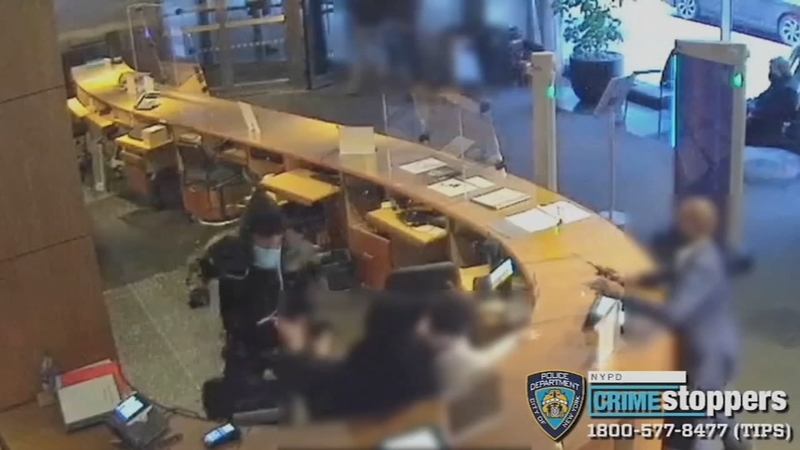 PHILADELPHIA (WPVI) -- The man wanted for the weekend stabbing at the Museum of Modern Art in New York City is now in the custody of Philadelphia police.

He was caught by officers at a Center City bus terminal after they say he set fire to a hotel room in Spring Garden.

Surveillance video from the Museum of Modern Art shows the moment the man leaped over a reception desk and stabbed two employees as they tried to flee Saturday.

The video released by New York City police shows a man police identified as 60-year-old Gary Cabana entering the museum lobby through a revolving door then climbing onto the desk and jumping over it as a man carrying what appears to be a walkie-talkie tries in vain to stop him.

Video from the New York's Museum of Modern Art shows the moment a man leaped over a reception desk and stabbed two employees as they tried to flee.

The man, wearing a black wool hat and a surgical mask, approaches three employees who are trapped in the small space and stabs one of them - a 24-year-old woman who is able to run away seconds later - though not before she is stabbed again in the back.

The attacker then stabs the second employee, a 24-year-old male, as the man with the walkie-talkie hurls a notebook at him. That appears to distract the attacker long enough for the second victim to flee. The third employee can be seen getting up from the ground after the attacker runs away.

A letter informing Cabana of his expired membership had been sent out Friday, but he came to the museum Saturday saying he intended to see a film there, according to police.

He then became upset and stabbed the museum employees in the back, collarbone and the back of neck, Miller said. They were rushed within minutes to the hospital.

Miller said Saturday that the video showed which way the suspect went after leaving the museum. Police shared photos of Cabana late Saturday night, asking for the public's help finding him.

NYC: Do you know him? Earlier today, inside the @MuseumModernArt he stabbed a 24-year-old male employee and a 24-year-old female employee then fled. Both victims are in stable condition at an area hospital. If you have any information, contact @NYPDTips at 800-577-TIPS. pic.twitter.com/hkEezq6rQk

The department had no record of a previous arrest for the man.

Police say a man stabbed two Museum of Modern Art employees after jumping the turnstiles and reception desk inside the museum.

As New York City police began their manhunt for Cabana, investigators in Philadelphia said he made his way here.

At around 6 p.m. Monday, Philadelphia police and the fire department were called to the Best Western on the 1200 block of Vine Street for a report of a fire. 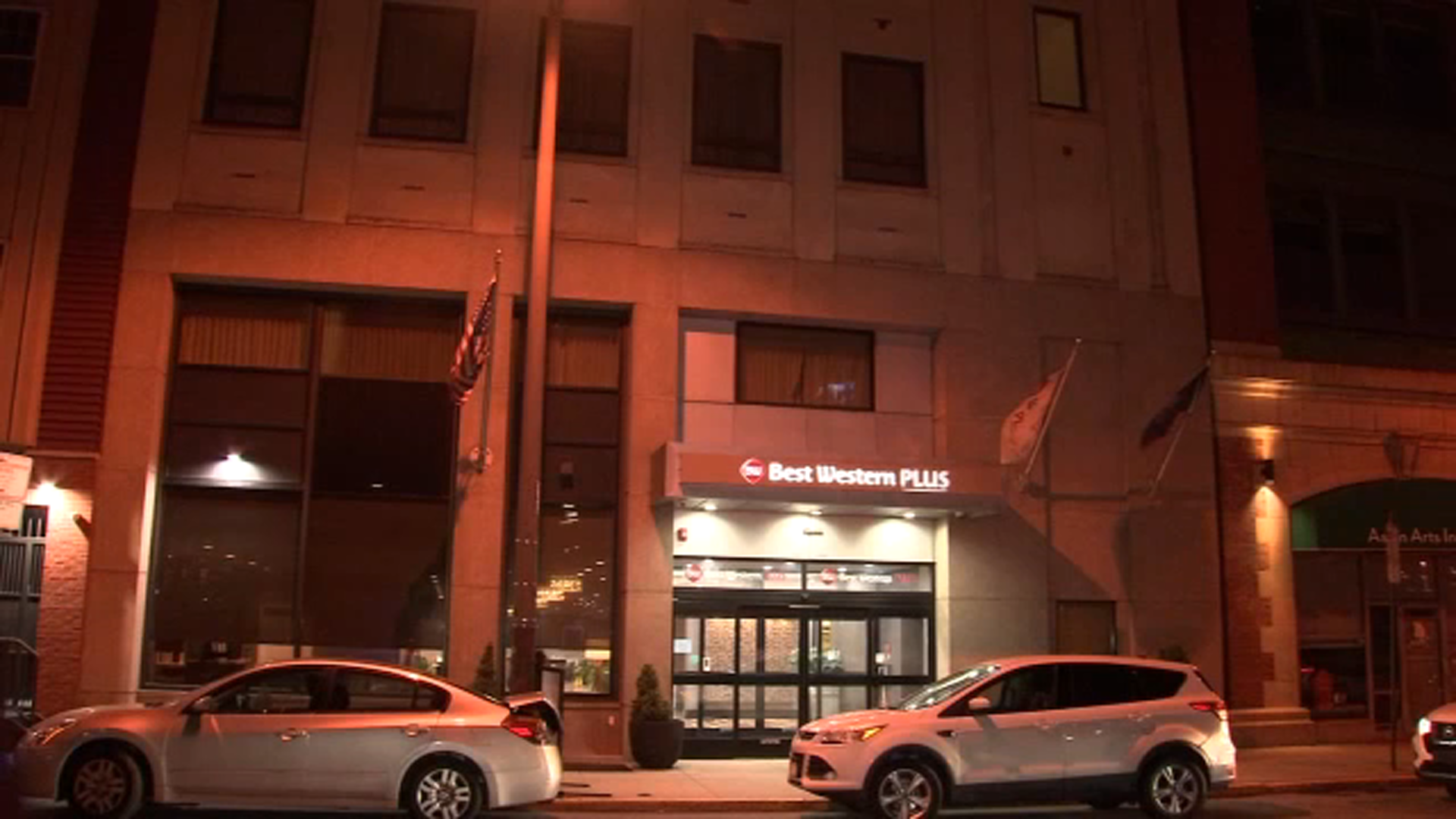 Once on the scene, firefighters extinguished a fire inside a fifth-floor hotel room.

Once on the scene, firefighters extinguished a fire inside a fifth-floor hotel room.

The fire caused extensive damage to the room.

The hotel was evacuated.

Action News spoke with a tourist visiting Philadelphia who was among those evacuated.

"It seems every time we go on vacation bizarre stuff happens," George Zirbes of Minnesota said.

Investigators determined who checked into that room and they also reviewed exterior surveillance cameras on the property.

Small said the person matched the description of the MoMA stabbing suspect.

Philadelphia police and the NYPD shared information, with Central Detectives alerting New York authorities that their suspect is now believed to be in Philly. 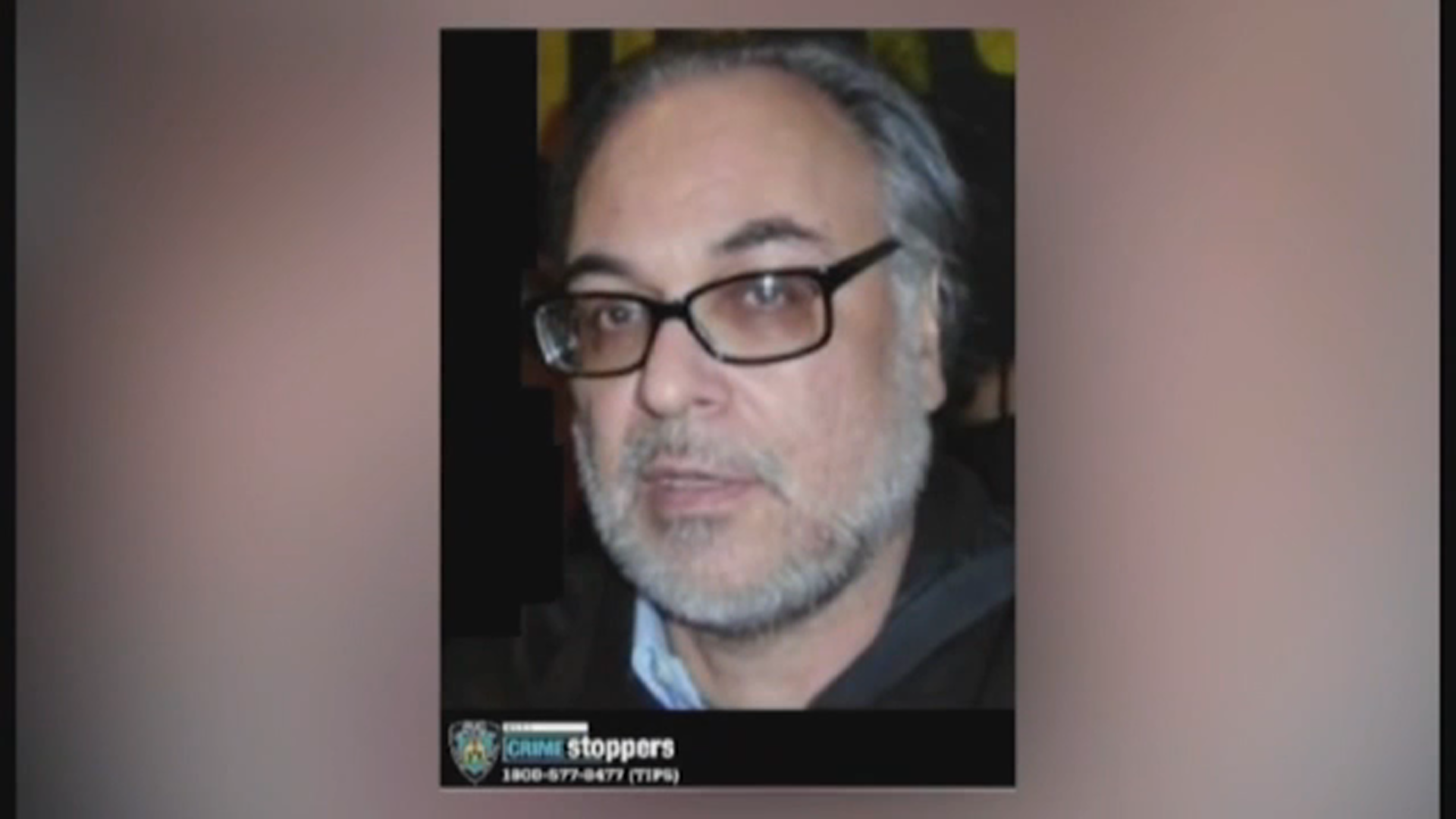 Chief Inspector Small said the person wanted for the hotel arson matched the description of the MoMA stabbing suspect.

"They got information that this individual was suicidal and was suffering from mental health issues. We realized he was possibly armed and very dangerous," Small said.

A call went out on police radio.

"He also frequents bus and train stations and should be considered armed and dangerous. Once again from Central Detectives, the male wanted for arson at 1212 Vine is also wanted for a stabbing in New York City. We're looking for a 60-year-old white male," the police scanner said.

Police in Center City checked the Greyhound bus terminal at 10th and Filbert streets around 1:30 a.m. where they found him sleeping on a bench. 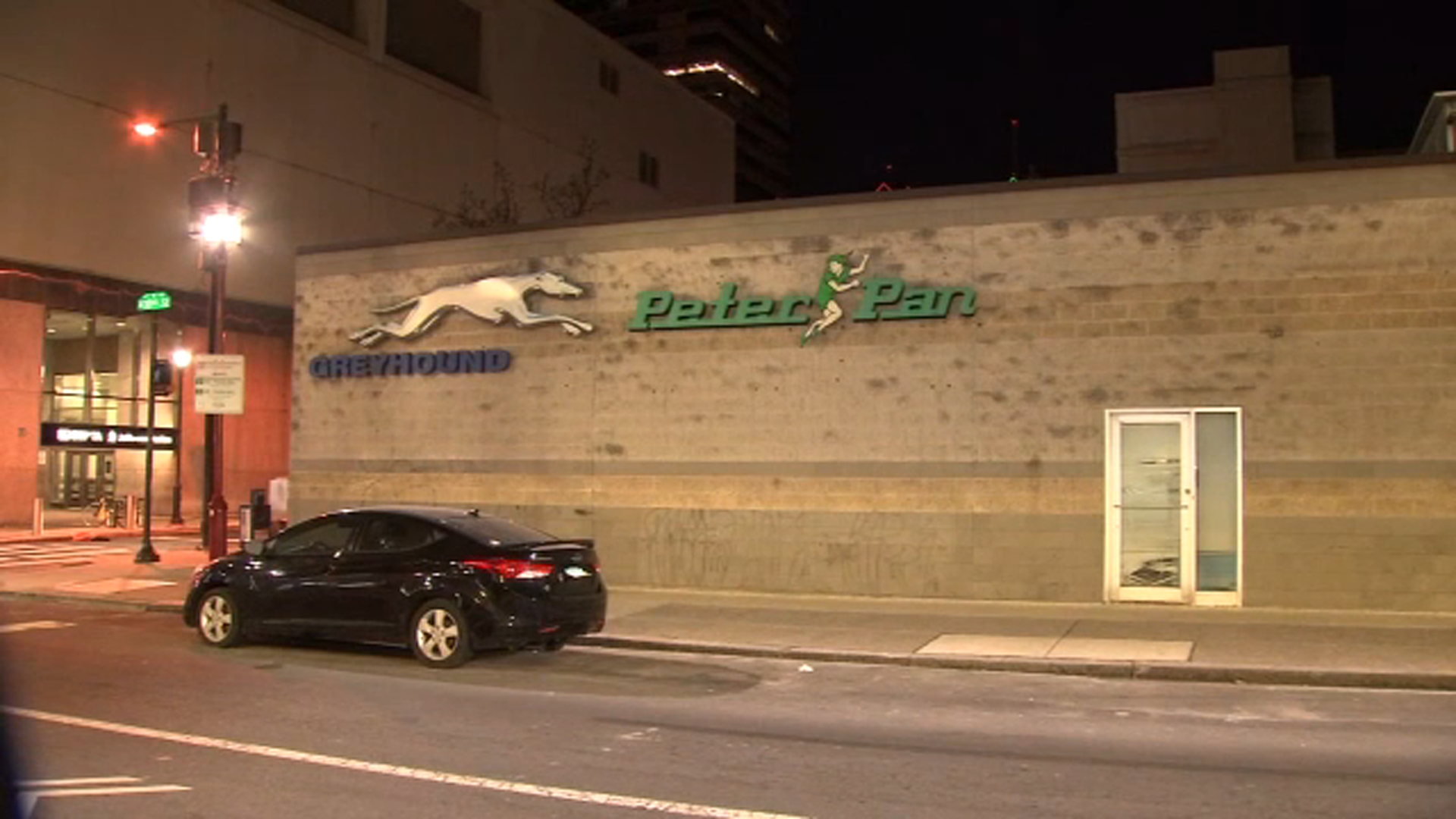 Police in Center City checked the Greyhound bus terminal at 10th and Filbert streets where they found him sleeping on a bench.

He was taken into custody without incident. He was transported to police headquarters at Broad and Callowhill streets.

"It was a really good example of some strong police work and it shows how important it is to have communication with your neighboring cities," she said.

Small said they are in touch with the NYPD.

"We don't know why he came to Philadelphia," Small said.

MoMA, founded in 1929, is one of New York City's top tourist attractions, and drew more than 700,000 visitors in 2020. Its collection of modern art includes "The Starry Night" by Vincent Van Gogh and works by Henri Matisse and Paul Gauguin.

No injuries were reported in the fire at the Philadelphia Best Western hotel.