Local musician works longtime job by day, pursues passion for singing by night for over 40 years 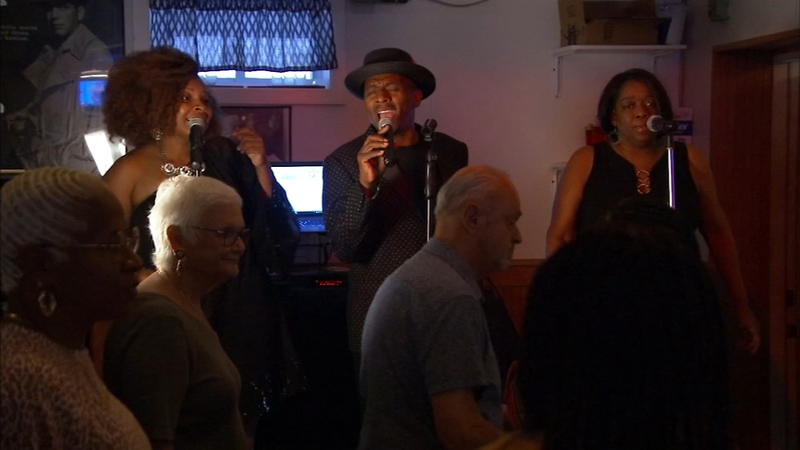 Local musician performing across Philly for over 40 years

PHILADELPHIA (WPVI) -- By day, Steve Cofield works as a supervisor at the Alvah Bushnell Company in Northwest Philadelphia. He started working there in 1974.

"I'm in charge of production," he said. "Just making sure the product is perfect."

The company has been manufacturing file pockets for the legal industry since 1876.

"We strive for perfection with speed," said Cofield.

But Cofield says music is always on his mind.

"I'll sing around the job," he said. "Over in the warehouse."

A little vocal warm up, since by night he can be found moonlighting at clubs and restaurants across the city, performing as "Steve Cofield and Sweet."

Cofield says he mainly sings Motown due to his preference for the oldies.

"I love Eddie Kendricks and Philip Bailey and Smokey Robinson," he said.

Cofield has been performing around the Philadelphia area since the late 1960s, when he started singing with his family as part of the 'Cofield Singers.'

"My mother put us together and we loved doing it," said Cofield.

He started singing with 'Sweet' about 10 years ago.

"My daughter actually started the group I have now," said Cofield. "And she sang with me."

He has also sung with his granddaughter and other ladies fill in when needed.

"I got a good crew with me right now," said Cofield. "I have Marcy Talley and Marilyn Boyce."

"I love their different styles," he said.

Cofield says the gratitude he has been shown by audiences is what keeps him going.

"You forget about everything once you're on stage and it's just you and those people and you enjoy them, and they enjoy you," he said.

He says that's the great part about performing and also, "it's fun."