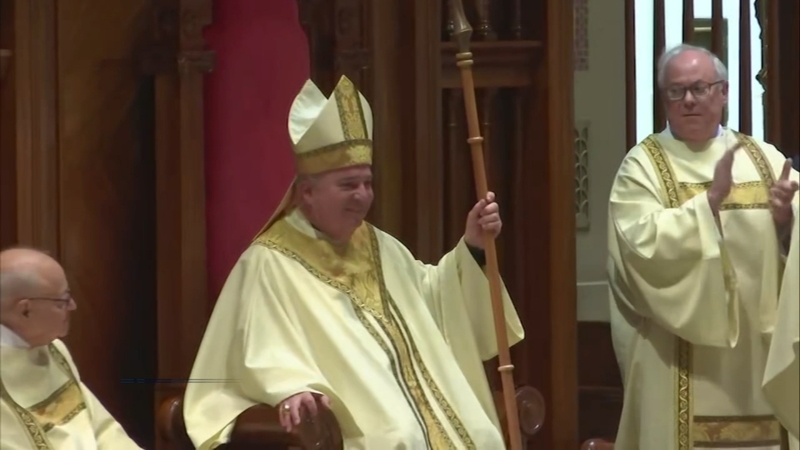 PHILADELPHIA (WPVI) -- In a profound letter to parishioners, the newly installed Archbishop of Philadelphia, Nelson Perez, addressed claims of prior priest sex abuse of children head-on, saying the archdiocese is committed to paying about $130 million in reparations.

When new Archbishop Perez came to Philadelphia from Cleveland a few months ago, he inherited a mess stemming from the priest sex abuse scandal. But on Tuesday, he says in a letter that he deeply regrets the pain and suffering of survivors and any decisions that failed to protect them.

A victim of sex abuse and spokesman for a survivors group called SNAP (Survivors Network of those Abused by Priests), recently met with the archbishop.

"I found the archbishop to be compassionate. I found him to be concerning, and he expressed his own personal anger and disgust of what has happened," said Mike McDonnell.

In the letter, the archbishop says that the archdiocese remains fully committed to funding a reparations program for victims and paying claims of approximately $130 million. That's roughly about $211,000 per claim.

Perez also stated that the Archdiocese of Philadelphia has zero-tolerance for misconduct or abuse of children and will take immediate action when an accusation is made.

For victim John Delaney, it's not about the money.

"We wanna protect other kids, so I'm hoping this is a step in the right direction and this archbishop is gonna take things differently than his predecessors have," said Delaney.

Delaney, who left the Catholic Church a long time ago, says he is hopeful and optimistic that things will change under the new archbishop.

"I think it's a nice change of pace in Philadelphia. It's all been cover up and court stuff, so this is definitely very helpful," said Delaney.

"I can only speak for myself. I will absolutely give this archbishop the benefit of the doubt, and I believe that he will be progressive and help pull together the church here in Philadelphia," McDonnell added.