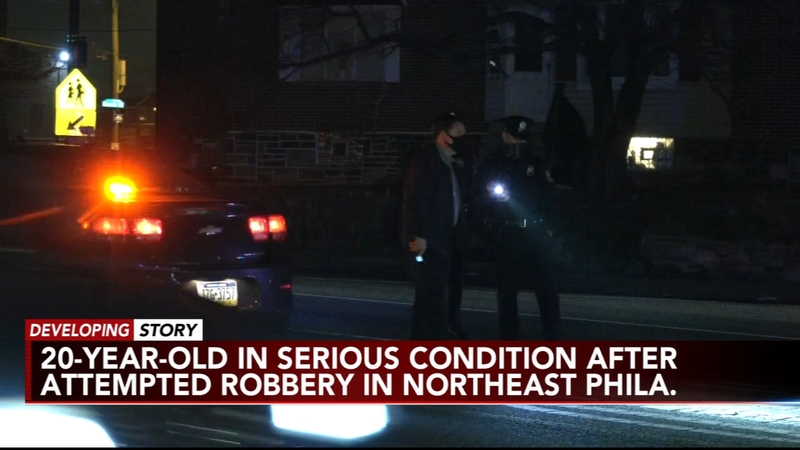 PHILADELPHIA (WPVI) -- Police are searching for the person who shot a 20-year-old man during an attempted robbery in Northeast Philadelphia.

The shooting occurred around midnight Sunday on the 2000 block of Kennedy Street.

Police said was the victim was walking along the block when another man, armed with a gun, approached him and demanded money.

When the 20-year-old tried to run away, police said the suspect shot him.

The victim was struck twice, in the hip and leg, but managed to make his way to a nearby Exxon gas station at Harbison and Torresdale avenues where he called for help.

He was taken to the hospital in serious condition.