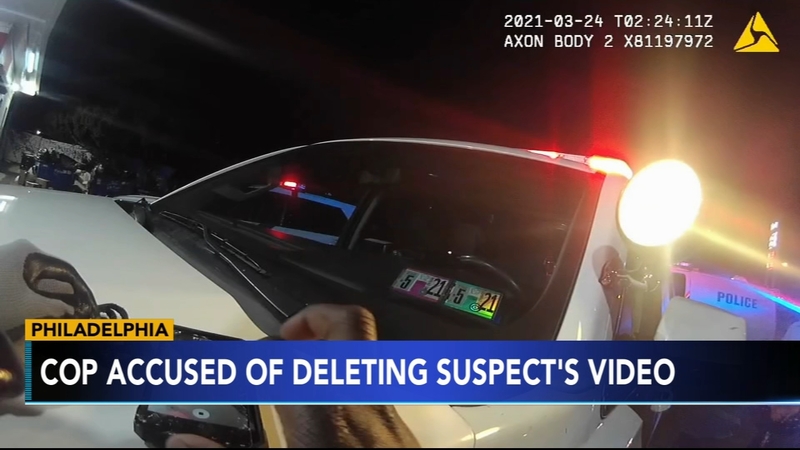 According to the Philadelphia District Attorney's Office, Officer Tyree Burnett was arrested and charged Wednesday stemming from an incident on March 23.

Burnett is a four-year veteran of the Philadelphia Police Department. He was last assigned to the 35th District.

It happened around 10:20 p.m. at a gas station on the 100 block of East Champlost Avenue in the city's Olney section.

Edwards says his client told Officer Burnett he was going to record the incident.

According to Edwards, Giddings was arrested and then Officer Burnett allegedly deleted the video of the arrest on Giddings' phone, and that act was all captured on police body camera. However, it remains unclear if the video was in fact deleted.

Burnett is being charged with evidence tampering, obstruction of justice, and official oppression.

Philadelphia Police Commissioner Danielle Outlaw has suspended Burnett for 30 days, with the intent to dismiss after at the end of the 30 days.