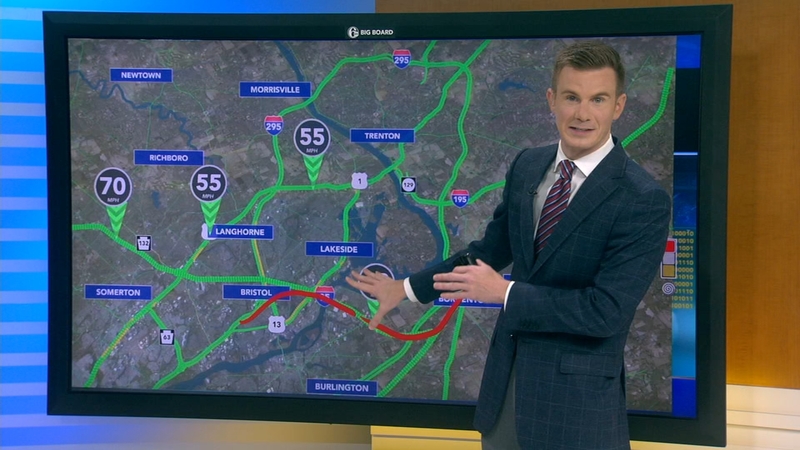 You can call it the traffic two-step. Portions of Interstate 95 are starting to become I-295 and portions of the Pennsylvania Turnpike are becoming I-95.

These changes will make I-95 continuous along the entire East Coast.

According to PennDOT this stems from the 1982 Surface Transportation Assistance Act which mandated the completion of Interstate 95.

Previously, I-95 ran from Philadelphia north across the Delaware River at the Scudder Falls Bridge into New Jersey, just north of Trenton, and terminated at the Route 1 interchange in Lawrence, New Jersey, where it became I-295 south. I-95 then picked up again as part of the New Jersey Turnpike at Interchange 7A in Robbinsville, New Jersey. Congress passed the 1982 STAA to address the gap.

Pennsylvania, New Jersey, the Federal Highway Administration, and various affected transportation agencies worked together to revise the route descriptions for I-95.

The changes began in the winter in Mercer County, New Jersey and continue into the fall in Burlington County and Bucks County, Pennsylvania. 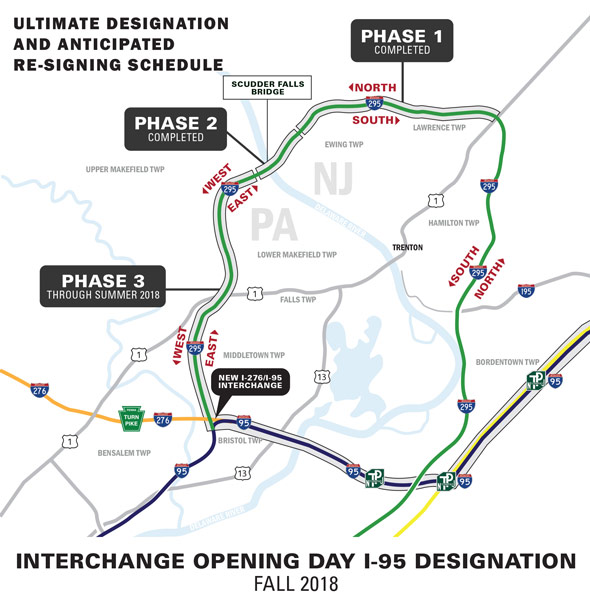 PennDOT says the approved redesignation includes the conversion of about 20 miles of existing I-95, north of the Pennsylvania Turnpike, over the Scudder Falls Bridge into New Jersey, to its existing terminus at U.S. 1 / Interstate 295:

- In Pennsylvania, 10.4 miles of I-95, from the PA Turnpike to the Scudder Falls Bridge, is being redesignated as I-295 East (toward New Jersey) / West (toward Philadelphia).

- In New Jersey, this conversion will serve as an extension of the existing I-295, for 9.2 miles of I-95 from U.S. 1 to the Scudder Falls Bridge, which will be redesignated as I-295 North (toward Pennsylvania) / South (toward Princeton).

- The approved redesignation also includes the conversion of 1.7 miles of the PA Turnpike (currently I-276) as I-95 North (toward New York) / South (toward Philadelphia) from the newly constructed interchange to the Delaware River Bridge midspan.

Crews have begun and will continue changing the signage to these roadways throughout the summer and fall.

"In Fall 2018, the PA Turnpike / I-95 Interchange flyovers will be completed and opened to traffic. At that point, all new signs will have been installed and any remaining signage installed in advance of this redesignation will be uncovered and fully visible to the motoring public. Any existing exit numbers that have changed will be supplemented with an 'Old Exit' sign to mitigate any confusion during the transition period," the Project Office says.

The redesignation of the affected interstates was approved in May 2015.

Officials say some GPS services have already picked up the new designation for I-295 North/South on the New Jersey side of the Scudder Falls bridge, resulting from the signing that has already taken place.