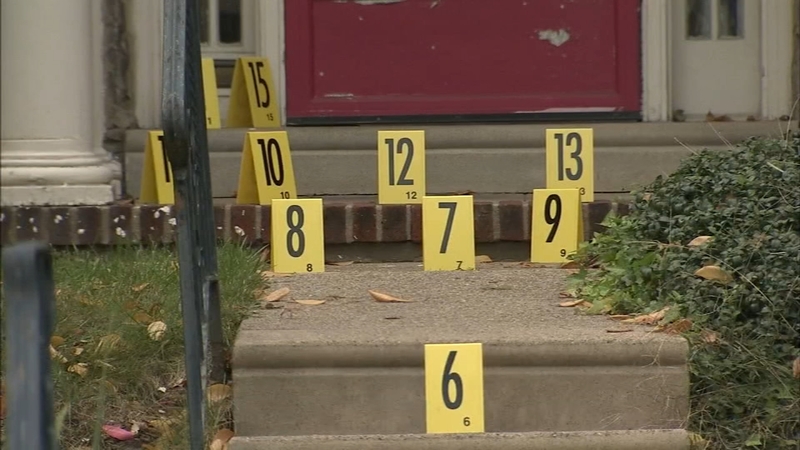 ELKINS PARK, Pa. (WPVI) -- A man was taken into police custody after authorities say he killed his brother inside an Elkins Park, Montgomery County home.

Sixty-year-old Jamison Bachman of Philadelphia was arrested for the murder of his brother, 64-year-old Harry Bachman of the 400 block of North Sterling Road in Elkins Park, Pa.

Police responded around 12:15 p.m. Saturday to the home to check on the well-being of Harry Bachman, who was supposed to meet a family member Friday night and never showed up.

Officers met a family member who had a key to the residence. After searching the house, police say Harry Bachman was found dead in the basement.

Police say there were signs of a struggle and the victim appeared to have suffered blunt force trauma to the head and body.

They say the suspect took Harry's red Ford Escape from the driveway.

Police located the victim's vehicle in a parking lot of the Fairfield Inn Hotel in Upper Moreland Township.

Harry's brother Jamison was taken into custody without incident.

Detectives spent all afternoon and evening at the residence, and placed more than 20 evidence markers outside the home.

Neighbors were shocked that this happened on their quiet street.

Marshall Brooks said, "Any time anything is violent - it certainly shakes you up. It's concerning. But on this street nothing usually ever happens."

Jamison Bachman was denied bail and remains in custody. A preliminary hearing is scheduled for November 20.

Police have not released a motive for the killing.