A rescue group says one pet was found inside his crate and still in his bed.
WPVI
By 6abc Digital Staff, Bob Brooks and Katie Katro 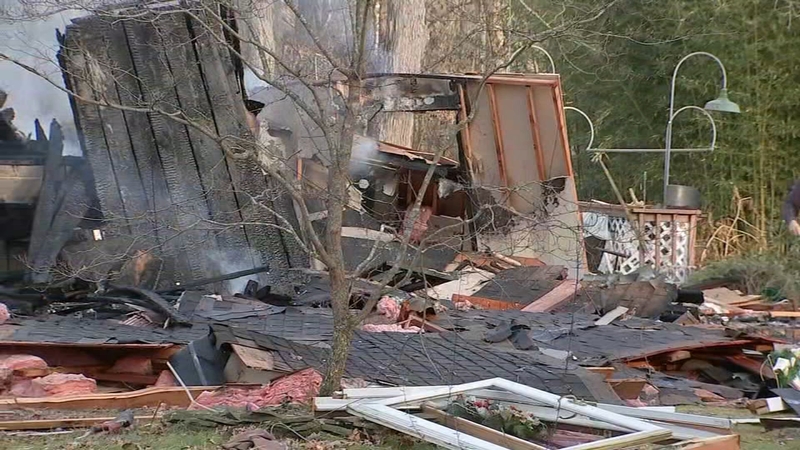 Two women were hurt in Wednesday's blast, which leveled a home on the 3700 block of Cornucopia Avenue.

The homeowner said Thursday both victims are expected to survive.

We also learned that three dogs and a cat are missing in the wake of the explosion. They were among nine being fostered by the homeowners.

Chopper 6 was live over a house explosion in Vineland, New Jersey on Wednesday afternoon.

Amazingly, some were able to survive despite being thrown by the force of the explosion.

Workers with Tiny Paws rescue are hopeful that the missing animals were also lucky enough to survive.

The plan is to use food and toys to help coerce the animals out of the woods.

A family member tells Action News that his wife and her mother were inside the home at the time of the blast.