After an incredible debut by James Harden and the team going unbeaten in his first five games, they've shown they're fallible.
WPVI
By Jamie Apody 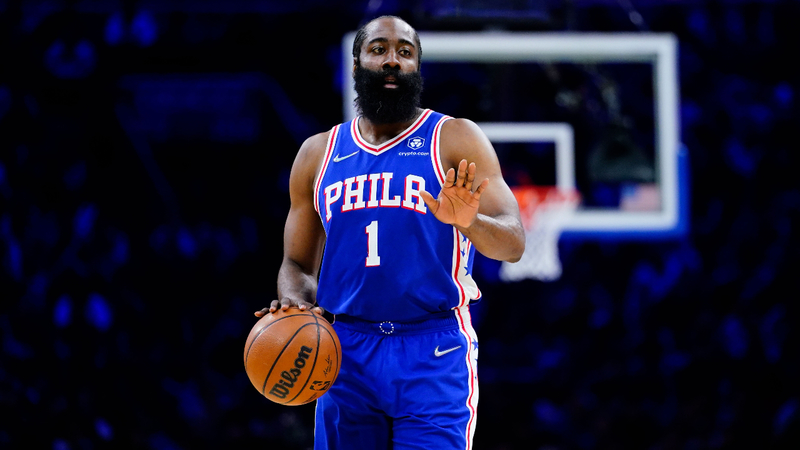 Philadelphia 76ers can't afford to slip up during final stretch

PHILADELPHIA (WPVI) -- Well, March Madness is upon us which means it's the best time of year to be a basketball fan.

As we wait and see how far Villanova can get in the tournament, we also have the Sixers in the final stretch. But they seem to have forgotten it's time to step on the gas.

After an incredible debut by James Harden with the team going unbeaten in his first five games, they've shown they're fallible.

Their 29 point loss to Harden's old team, the Nets, caused plenty to push the panic button.

The Beard? Not quite "Big Game James." In fact, he has a reputation of not showing up when they count the most.

In two games last week, he was just 8 for 36 from the field.

Entering Wednesday, the Sixers have 15 games left, three of those are back-to-back. You'd assume Joel Embiid and Harden won't play in all of those.

On the one hand, these guys need more games together to continue to build the chemistry they showed in their first five. On the other, they need rest to stay healthy if they're going to make a championship run.

But in a conference in which the No. 2 seed and the No. 4 seed are separated by a mere game, the Sixers can't afford to slip up. The rest of March should be maddening for sure.
Report a correction or typo
Related topics:
sportsphiladelphiasports flashphiladelphia 76ers
Copyright © 2022 WPVI-TV. All Rights Reserved.
SPORTS FLASH
Joel Embiid vs. Nikola Jokić: NBA MVP voters only got it half right
After a splashy offseason, it's a great time to be an Eagles fan
76ers-Raptors playoffs preview: Predictions, pressure on Harden, Doc
VOTE: Is Jay Wright the greatest coach in Philadelphia sports history?
TOP STORIES
Election Results: Live updates on Pennsylvania primary races
Teen dies after being hit by dirt bike in North Philly; suspect sought
18-year-old dies after being trapped under sand at Jersey Shore
Woman killed inside NJ motel room identified
Students suffer minor injuries in Chester County school bus crash
Armed suspect hid out in 81-year-old's car before carjacking: Police
'Pharma Bro' Shkreli freed from prison for halfway house
Show More
Taylor Swift receives honorary degree from NYU
Philly gas station sets price at $5.24 per gallon
Pa. Primary: GOP Senate contest still too close to call
Toddler orders 31 McDonald's cheeseburgers on mom's DoorDash app
Shapiro, Mastriano win primary for Pa. governor
More TOP STORIES News