Mo Lawda and The Humble raised nearly $10,000 in two days via GoFundMe thanks to dedicated fans.
WPVI 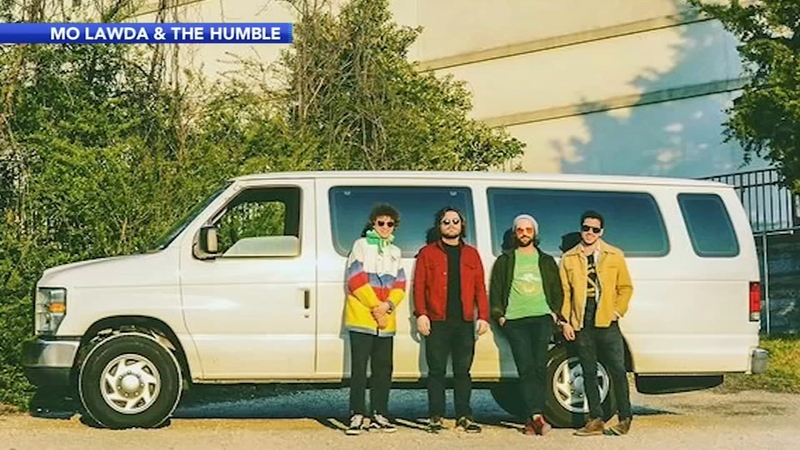 PHILADELPHIA (WPVI) -- The Philadelphia community has rallied behind an up-and-coming Fishtown-based band that had their van and merchandise stolen.

Indie-rock band Mo Lawda and The Humble are used to rocking out, but their jam was nearly stolen by thieves who took off with their van right before their cross-country tour after the pandemic grounded them for two years.

"It was going to be the one you know. We made a record that we love for all the people we haven't seen in a long time. So it's heartbreaking as much as it is frustrating," said drummer Shane Woods.

It's a devastating blow for a band that has spent nearly 10 years building its name.

But amid the agony is a lot of hope. One of the culprits was caught on camera around 6 a.m. Wednesday, September 8. Now, Mo Lawda and The Humble are thankful for the community that rallied behind them.

"We were looking at it as a redemption tour like finally we can get back out to tour this record. It was going to be our livelihood," said bass player Jeff Lucci.

Mo Lawda and The Humble raised nearly $10,000 in two days via GoFundMe thanks to dedicated fans. They're still determining how to replace the van and merchandise.

"We love you and everyone just sharing the post, and people just expressing their frustration for us makes you realize we have a lot of support and its appreciated," Woods said.