PHILADELPHIA (WPVI) -- Jason Kelce dressed as a Mummer was one of the most memorable parts of the Philadelphia Eagles Championship Parade.

On Sunday, Kelce was part of another memorable moment.

The Eagles center came to face to face with his biggest fan - the Mini Mummer, better known as Landon Slattery.

At almost 2 years old, his birthday is next month, Landon came dressed in the same Mummers attire when he met Kelce at the Philadelphia Sports Card and Memorabilia Show at Valley Forge Casino.

"Landon is a huge Eagles fan. He knows the Eagles chant and recognizes the players," his father Jim told Action News on Monday. "Whenever he sees the Eagles logo on a shirt, sign, TV, etc. he shouts 'Go Birds!'"

For the parade, Jason Kelce got his hands on the Avalon String Band's 2008 outfit. But where did young Landon get his miniature version?

"My wife and I made his outfit. We used a lot of iron on transfers and hot glue. The hat was originally a chef's hat!" Jim said.

And Kelce seemed to approve.

"I like your outfit, man," Kelce told his young fan.

"Even though Landon can't listen to all of the language in it, the message is the epitome of what we want for him - no matter what life throws at him, or what adversity he faces, we want him to know he can be and do anything he puts his mind to," Jim said.

Landon's Eagles fandom began even before he was born. In their pregnancy announcement back in April 2016, his parents held up a little Eagles jersey with the name "Baby Slat."

Since his birth, Landon has been watching the games with his dad, and that includes Super Bowl LII.

"He was mimicking all of my reactions during the game. He would shout 'yes' while pumping his fist in the air," Jim said.

Jim says his son was extremely excited not only meet Kelce, but all the players.

He was fist-bumping and high-fiving, like a member of the team.

"I've been an Eagles fan for as long as I can remember and nothing compares to the feeling of experiencing all this with my son," Jim said. 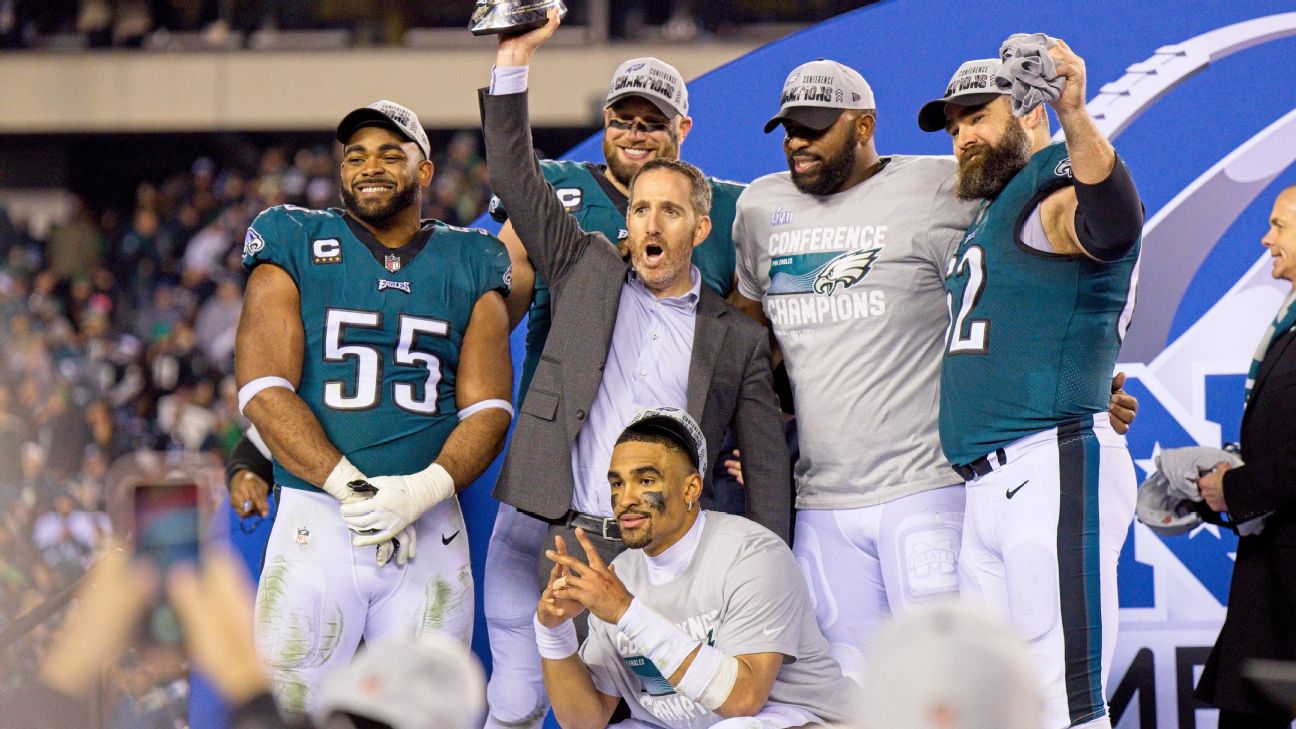