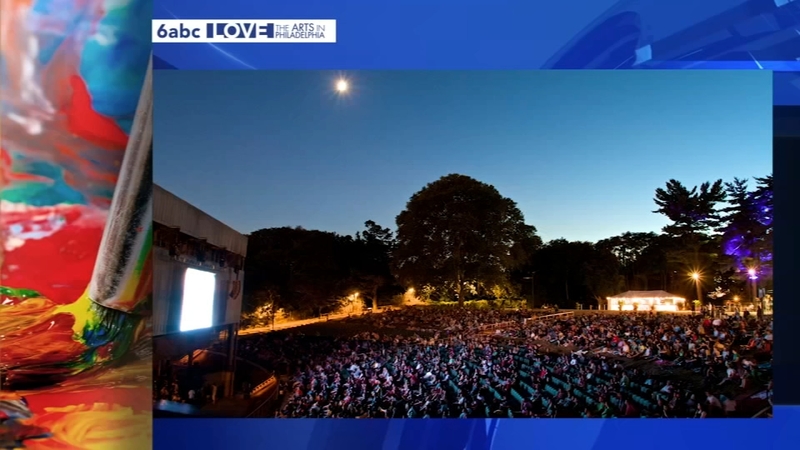 Summer Season is in full swing at the Mann Center for the Performing Arts.

In July alone, the Mann will have movies, music, a fireworks extravaganza and a special concert paying tribute to the Super Bowl-winning Eagles.

"We have started off with a bang and we have so many more wonderful programs still to come," said Catherine Cahill, President and CEO of The Mann Center for the Performing Arts.

On July 24th, Cahill said, the Mann will be transformed into Eagles Nation for A Championship Season with the Philadelphia Orchestra, "with a giant screen showing clips and highlights from NFL Films of our own Eagles victory celebration season."

But, she warns, the show is already selling fast, with a portion of each ticket sold benefitting the Eagles Autism Challenge. "Merrill Reece will be here as our emcee; there will be cheerleaders and Swoop."

It's part of the Movies at the Mann series, which kicks off its season with the original 1977 "Star Wars" on July 20th.

"There'll be actual characters roaming the property," Cahill said. "With the great Philadelphia Orchestra playing the iconic John Williams score ... perfectly in sync with everything that's happening on that actual movie screen."

On July 17th, the Fabulous Philadelphians will perform the Tchaikovsky Spectacular complete with the 1812 overture by fireworks.

It's been an annual tradition but, it won't happen again for a least a few years, according to Cahill, who adds, "If you really want to come and hear it, now's the time."

And Cahill says there's so much more, from a tribute to composer Leonard Bernstein's 100th birthday. "All the numbers and tunes and songs that you know from West Side Story will be on our stage ... to a free Young People's Concert Series, "We've got Chinese dancers, and we've got African dance and drummers, and we have Irish dance," the month of July is jam is jam-packed.

"It doesn't get any better than being at the Mann," Cahill says. "This is what summer sounds like."

The Mann Center's summer season runs thru Sept. 29. You can find tickets and showtimes at TheArtsInPhilly.com.