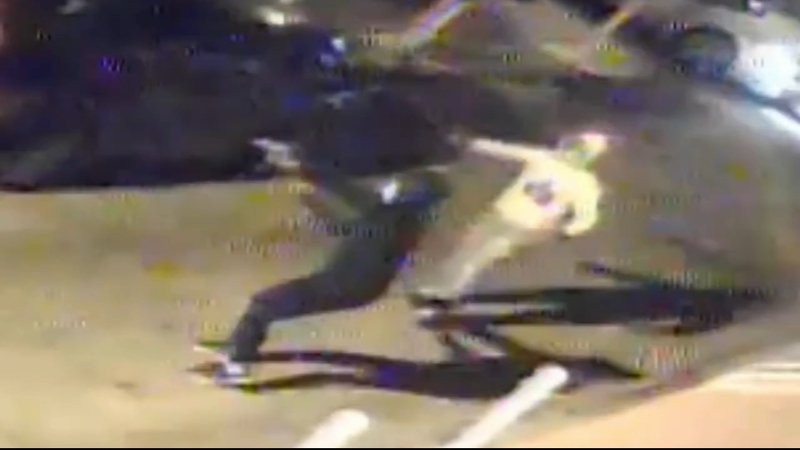 The surveillance video shows the two male suspects walking on the block. They were last seen after the shooting running north in the 3100 block of North 13th Street.

Family members identified the victim as Shaquira McCottry, who graduated from Girard College and was a member of the Pennsylvania National Guard.

Philadelphia police said Shaquira McCottry was fatally shot in the street while visiting her Family.

"Shaquira-- she was beautiful," her aunt Leslie McCottry told Action News last month. "She was in the military, and for her to get killed in her own neighborhood where she was born and raised- it doesn't sit right with us at all."

McCottry said Shaquira had just returned from Atlanta and was visiting family on the block where she grew up.

Shaquira's family hopes people come forward with tips as they mourn her loss.

"I'm just trying to be there for my family and all her siblings- her sisters and brothers," McCottry said.

A $20,000 reward is being offered for information leading to an arrest and conviction.

The Philadelphia Police Department Homicide Unit released surveillance video of two suspects in the shooting death of a 27-year-old woman.

Police caution infrared lighting, seen in the surveillance footage, may affect the color of an individual's clothing and skin complexion.

If you see the suspects police say do not approach them, contact 911 immediately.