Police say the victim was found suffering from a gunshot wound to the chest near the office doors.
WPVI
By 6abc Digital Staff 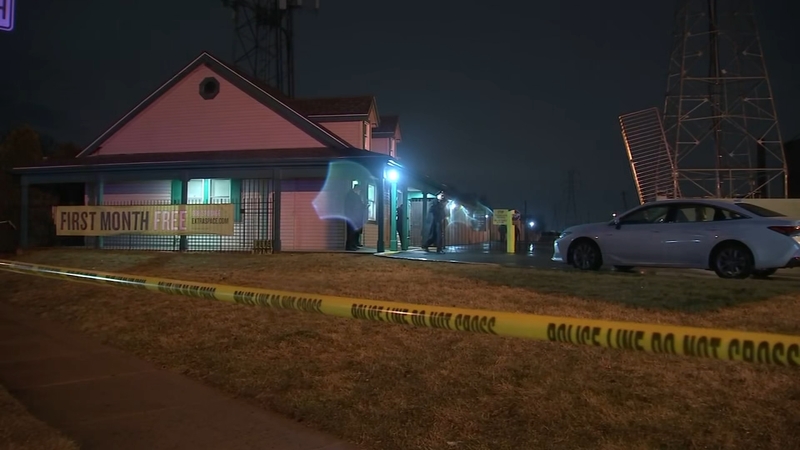 PHILADELPHIA (WPVI) -- Philadelphia police say a man was gunned down outside of a storage facility on Tuesday night.

It happened around 6:30 p.m. on the 6200 block of Oxford Avenue in the city's Oxford Circle section.

Police say the 43-year-old victim was found suffering from a gunshot wound to the chest near the office doors.

The unidentified victim was rushed to an area hospital where he later died.

According to Philadelphia Police Chief Inspector Scott Small, it appears the shooter was standing at very close range to the victim.

"Based on the ballistic evidence, we know at least one shot was fired from a semi-automatic weapon. We found a spent shell casing right next to the victim's body," said Small.

After the shooting, witnesses told police that a man wearing a red hat walked up to the victim, picked up a cellphone on the ground and then walked away.

The victim had reportedly rented storage space on Oxford Avenue for the past few years.