Investigators have to figure out if the person discovered was killed or died of natural causes and then buried in the home.

Crime scene investigators have started removing human remains that were found in the basement of a Philadelphia home.

The home, in the 5200 block of Burton Street in Wissinoming, has been the focus of a police investigation. The search began after investigators got a tip that a body of a woman missing for eight years was buried in the basement.

When investigators arrived on the scene last week they were met with a hoarding situation.

SEE ALSO: Human remains found in basement of home in the Wissinoming section of Philadelphia

It took at least two days to remove the trash and debris, and by Thursday evening sources told Action News they found signs of remains.

By Monday, crews were able to reach the remains and tediously remove much of the concrete around it.

The medical examiner will perform an autopsy. Investigators have to figure out if the person discovered was killed or died of natural causes and then buried in the home.

The remains have not been identified.

Neighbors say they haven't seen the family that lived there in several days.

Melissa Rosario is one of several neighbors who have watched police park on the block for six days.

"You don't know what's going on -- all these rumors, all these stories," said Rosario. "It took them so long to clean out the house. It's like, 'Oh maybe it's a lie and maybe there's not a body there.' And then to hear the body was there for eight years?" 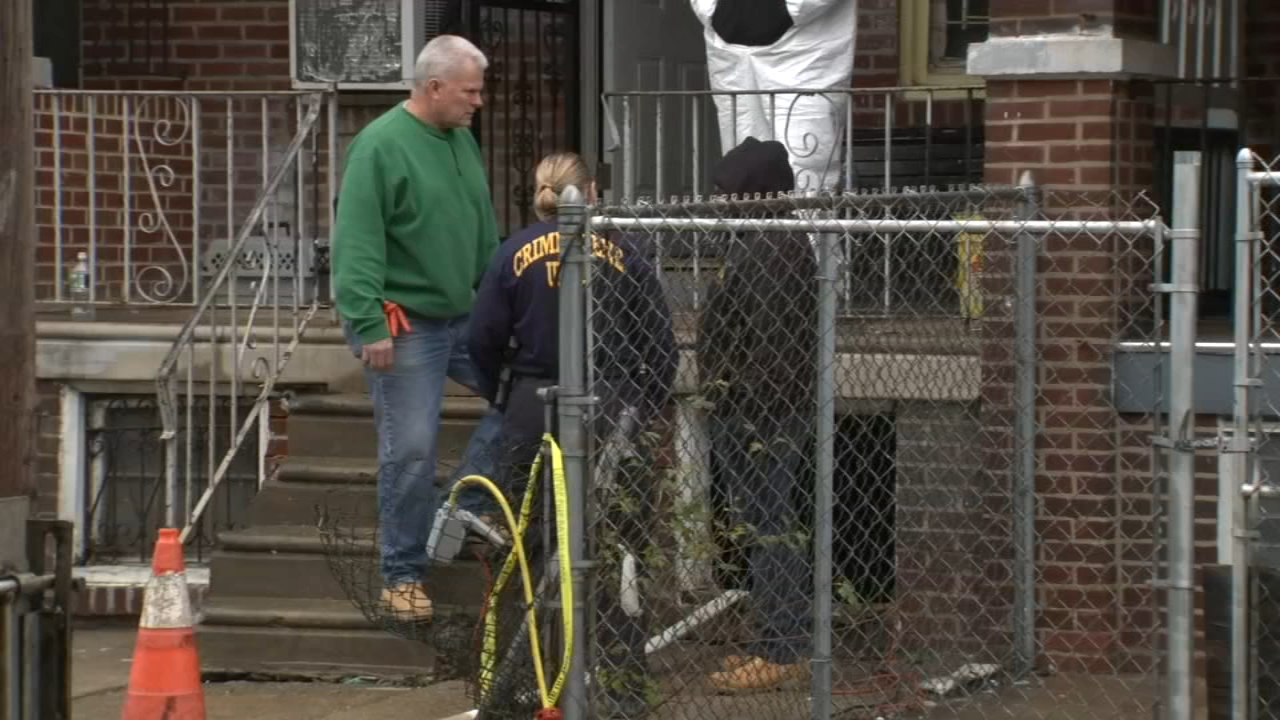