The City of Philadelphia and FOP Lodge #5 are offering a combined $30,000 reward for info leading to an arrest.
WPVI
By 6abc Digital Staff, Alyana Gomez and Dann Cuellar 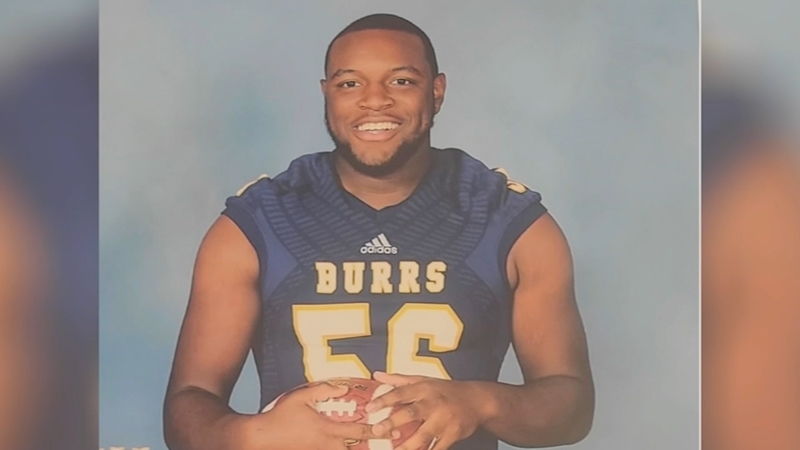 PHILADELPHIA (WPVI) -- Officials are searching for two suspects wanted in connection to the shooting death of , Hyram Hill, the 24-year-old son of Philadelphia police officer.

Police say Hill had just ended his shift as a bouncer when he stopped at Maria's Mini Mart before heading home.

Surveillance video released Tuesday shows Hill exiting the market, where he was approached by two suspects in an apparent robbery attempt when he was shot.

Hill was taken to Temple University Hospital where he later died from his wounds.

Officials are searching for two suspects wanted in connection to the shooting death of a Philadelphia police officer's 24-year-old son, Hyram Hill.

"Robbery is believed to have been the motive for the shooting. Following the homicide, it was discovered that Mr. Hill's privately owned firearm, as well as his iPhone, were apparently taken by the offenders," said Smith.

"I haven't watched the video, as a grieving mother it's hard for me to look at my son's killer," said Ferguson. "They took a beautiful soul. They killed him and left him on the street."

Both suspects arrived and left in a silver Kia Forte that was reported stolen two days before the incident, officials say.

The first suspect was observed on video having a noticeable limp while walking. He was wearing a blue hooded jacket with white stripes on the hood, chest, and arms of the jacket.

The second suspect was also seen on bodycam video talking with police officers for an unrelated domestic incident 15 minutes before the shooting.

Authorities say the officer did not get that person's contact information.

Officials also say an unknown female accompanied them in the vehicle.

Police say the two men are known narcotics dealers in the area of Broad Street and Erie Avenue.

The City of Philadelphia and FOP Lodge #5 are offering a combined $30,000 reward for information leading to an arrest.

Anyone with tips is asked to contact police at 215-686-TIPS.

Officials are searching for two suspects wanted in connection to the shooting death of a Philadelphia police officer's 24-year-old son, Hyram Hill.