'My son was not exempt': Philadelphia cop says murdered son had big dreams

Officer Edwenna Ferguson urged those seeking revenge to stand down: "I'm sparing your life. Let them do their job."
WPVI
By 6abc Digital Staff PHILADELPHIA (WPVI) -- A Philadelphia police officer spoke publicly for the first time since the shooting death of her son earlier this week.

When police arrived to the scene, they found Hill lying on the highway with gunshot wounds to the chest, arm, stomach and back.

He was taken to Temple University Hospital where he died a short time later. 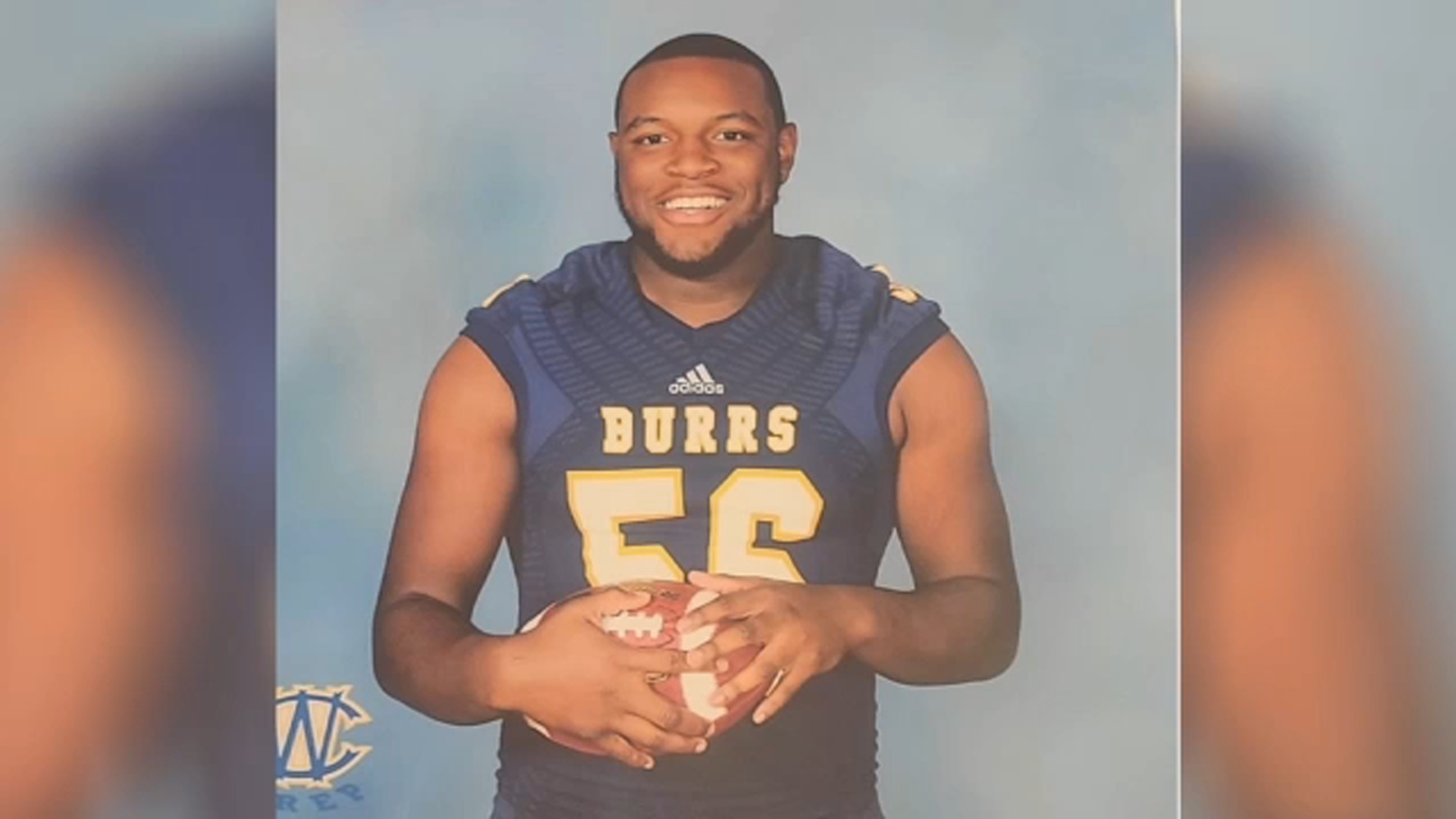 On Tuesday, Edwenna Ferguson, Hill's grieving mother, said she was vacationing in the Pocono Mountains when she got the worst call of her life.

"I wasn't even able to get to my baby. His father was there. His grandmother was there. His friends and family was there, but his mother couldn't get to him fast enough," said Ferguson, a 17-year veteran of the police department. "Even being a police officer, my son was not exempt."

She said her son had big dreams of playing football before his life was cut short.

A Philadelphia police officer spoke publicly for the first time since the shooting death of her son Hyram Hill earlier this week.

Ferguson put out a plea to anyone seeking revenge: "Let my job do their job. I'm sparing your life. Let them do their job. Everybody stand down please."

Police believe the shooting may have occurred when the victim parked his car near the intersection of West Allegheny Avenue and Broad Street and briefly got out.

Sources told Action News a witness saw the shooter going through the Hill's pockets after he was shot.

The 23-year-old son of a Philadelphia police officer was shot and killed early Monday morning during an apparent robbery. Annie McCormick reports for Action News on Jan. 24, 2022.

Sources also said a SEPTA bus was in the area at the time of the crime and police are reviewing that video.

"My son did not have a record. My son has never been arrested," said Ferguson.

Hill's girlfriend was seven months pregnant with a baby girl.

He was a graduate of West Catholic Preparatory High School in West Philadelphia and was two semesters shy of graduating from Cheyney University of Pennsylvania.

A $30,000 reward is being offered for information that leads to an arrest.

"Somebody has information on this case that can lead to an arrest in the homicide of Hyram Hill," said FOP Lodge 5 President John McNesby. "Enough is enough in Philadelphia. We have too many guns and violent offenders on our streets. Our thoughts and prayers remain with this officer's family and friends at this time."