2 victims recall encounter with Rolex robbery suspects: 'I never felt unsafe in the city until then'

"He had the gun right to my stomach area," a victim said.
WPVI
By Dann Cuellar 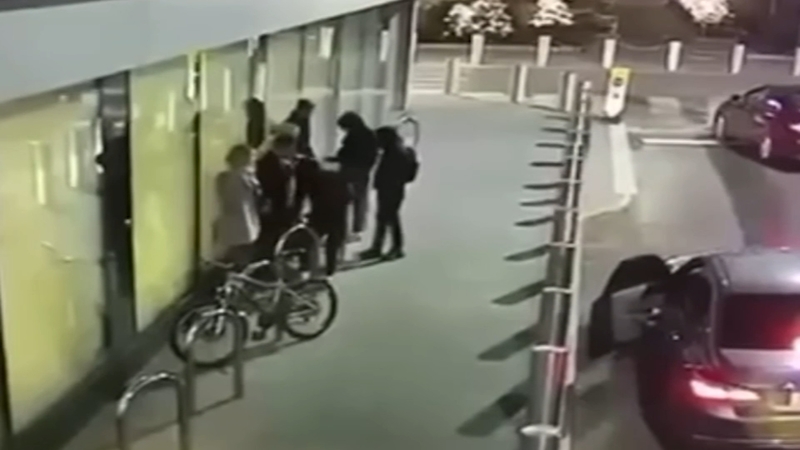 PHILADELPHIA (WPVI) -- A rash of armed robberies targeting victims wearing watches, specifically Rolexes, could be closer to being solved after the arrest of three suspects on Wednesday night in Rittenhouse Square.

Central Detectives in plainclothes working a detail connected to the rash of armed robberies recognized a silver Lincoln sedan with three men inside.

Officers pulled the vehicle over at 17th and Locust around 7 p.m. and arrests were made without incident.

Detectives recognized the Lincoln, which they believe was stolen, from a December 7 armed robbery just off Rittenhouse Square on Mozart Place.

SEE ALSO: 3 in custody after another victim robbed of his watch in Philadelphia
EMBED More News Videos

Three men were taken into police custody as officers continue to investigate a string of robberies in which the victims' watches were stolen.

Denise Williams, her husband Glenn, and their son Drew were victims of one of those incidents.

The family was leaving the Four Seasons on the evening of December 7 when they were approached by multiple armed men.

"He had the gun right to my stomach area. And right from the beginning, I knew it was not gonna be a fun night," said Drew.

The incident, which happened on the 1700 block of Cuthbert Street, was captured on surveillance video obtained by Action News.

"They specifically asked was I wearing a watch, and once they saw I had a watch on they took my watch," said Drew.

Both Drew and Glenn gave up their Rolex watches worth $30,000.

"Obviously there's not a lot I can share. We're still pretty early in our investigation, but having three people in custody that we know are linked to at least two very dangerous robberies, it brings a little bit of solace," said Philadelphia Police Commissioner Danielle Outlaw on Thursday.

The family said the incident has left them rattled.