Philadelphia Board of Education promises transparent search for new superintendent

Dr. Hite formally announced that he will step down when his contract expires on August 31, 2022.
WPVI
By 6abc Digital Staff and Walter Perez 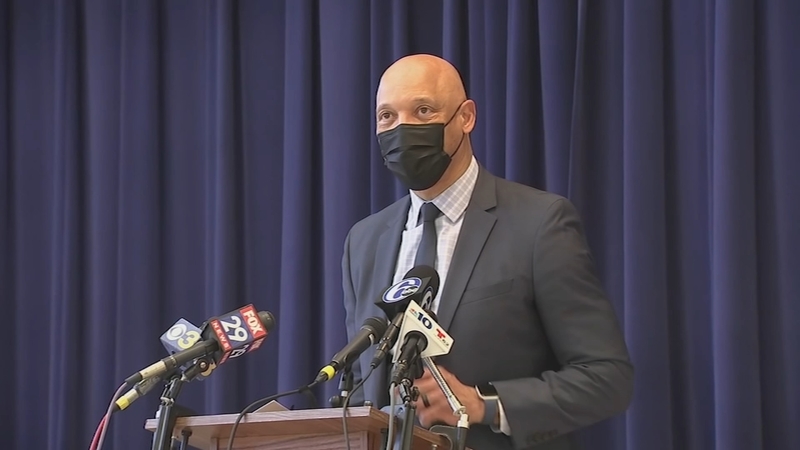 PHILADELPHIA (WPVI) -- One day after Philadelphia School District Superintendent Dr. William Hite announced he will not seek to renew his contract, the board of education promised a transparent search for a new leader.

Officials said they plan to kick off a "robust and equitable public engagement process" on Monday, October 11 with multiple listening sessions. The board will also solicit feedback from students, parents, school leaders, legislative representatives, community organizers and civic groups.

"The community feedback will be vital to the board in identifying the qualities and capabilities needed in a superintendent and will inform our job description. We know that the community has valuable and unique insights that can help us identify who our next superintendent should be," said Joyce Wilkerson, School District of Philadelphia Board President.

On Tuesday, Hite formally announced that he will step down when his contract expires on August 31, 2022.

"I'll ask that you please join me in rallying together once again as a community to navigate the challenging year ahead. Let's make this last year together an amazing one for our students," he said.

Hite came to Philadelphia in June 2012 from Prince George's Public Schools, Maryland's second-largest school district, where he was also superintendent.

The School District of Philadelphia was in dire financial shape when he got there. The school district commended Hite's work, saying since his arrival Hite and his administration have doubled the number of higher-performing schools, increased graduation rates and modernized early literacy classrooms in 48 schools.

Mayor Jim Kenney praised Dr. Hite's handling of the myriad issues he adopted at the outset, including the reestablishment of local control for a district under state control for 17 years.

"I know he will continue to move the district forward during this year's transition," Kenney said.

But those sentiments are not shared by Councilmember Helen Gym, who said it's time for new leadership.

Gym said she has had issues with several of Dr. Hite's policies, including the closures of nearly two dozen schools when the district was in a deep financial crisis.

"I am on city council because of the start to his tenure here in the school district which was overseeing the mass closure of public schools, the loss of thousands of school staff, including hundreds of nurses and counselors," she said.

"It's part of the problem in terms of how individuals characterize things that don't happen here, in the school district, and unfortunately, are silent when we have things like to blue ribbon schools or 11 million meals that are served," Hite said in response.

Dr. Hite, who joined the district in June of 2012, said in a video message that he will end his tenure at the end of the school year.

Now, Hite faces another school year, now the third affected by the COVID-19 pandemic, along with a bus driver shortage, among other issues.

"We have come a long way since 2012 but there is still much more work to do. This school year will be a challenging one as we focus on keeping our schools safely open for in-person learning and helping all of our young people to heal and grow. I remain 100% committed to leading this important work in the year ahead," Hite said in a letter released to district families.