In the last year, nine kids at Simon Gratz High School were shot to death.
ABCNews
By Abby Cruz and Kasim Kabbara 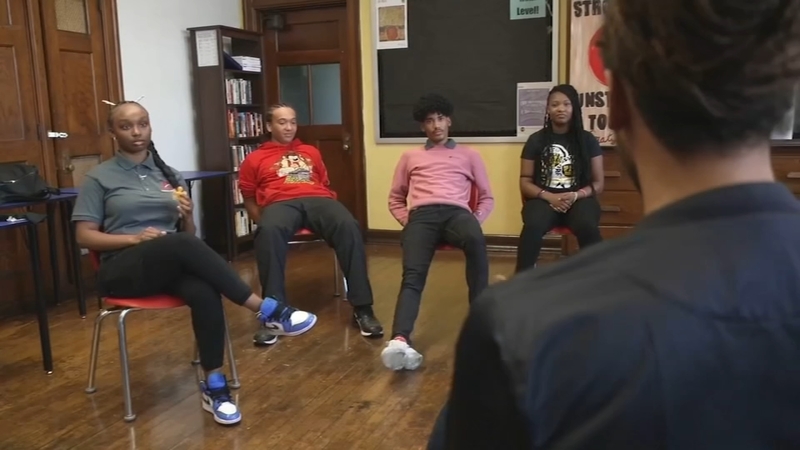 Philly students speak out nationally on gun violence in neighborhood

PHILADELPHIA -- Joshua Corneilius, 17, should be enjoying his senior year of high school, but instead, he is constantly worried about the violence occurring both inside and outside of his North Philadelphia school.

"It's a war zone, like with the drugs, with the guns, with the violence, it's a real war zone. It's a real dog-eat-dog world, like it's not for anybody that's soft," Corneilius said. "If you live in Philly, you're going to naturally become hard ... like you're going to have armor, like you'll have a shield."

Since 2015, more than 10,000 people have been shot in Philadelphia, and of those, three out of four were Black males. More than 80% of homicide victims in the city over the last year were Black males, according to city data.

Black boys also made up 96% of victims in child homicides in the city, and most of the killings occurred in North Philadelphia, according to Action News data.

"It just happens, so even if you do really sit down and try to process, it's really no time for that," rising senior student Kaliyah Fletcher, 17, said.

"Why do we just live to die? It's like there is no way out of this," read a text message to one Philadelphia school principal.

With such violence going on in the city and in schools, students, stressed and concerned, rarely get to truly focus on the things they should be thinking about: classes, graduation and college.

Akea Williams, a therapist who was born and raised in Philadelphia, is trying to bring a sense of peace to her city.

In early July, Williams, who has a master's in mental health discipline, started the "Therapy over Revenge" Program, where she gives free therapy sessions to people who have experienced or been affected by gun violence. Among other things, she teaches them decision-making skills and coping mechanisms. So far, she has given sessions to over 350 people.

In 2019, Black children and teens made up only 14% of all children and teens in the city, and yet they accounted for 43% of child and teen gun deaths and are four times more likely to be killed with guns than their white peers, data from The Children's Defense Fund shows.

"The PTSD from the kids ... a lot of kids are refusing to go to school. I am seeing a lot of crisis calls and getting a lot of calls from students who are losing their friends left and right," Williams said.

Philadelphia has seen 41 victims under the age of 18 die from gun violence so far this year, according to the City of Philadelphia's Office of the Controller.

Philadelphia City Council member Kenyatta Johnson helped create the Special Committee on Gun Violence Prevention in 2017 to fight gun violence throughout Philly. He is now the chairman of the committee.

"We have to invest in areas that have had a lack of investment over the past several years, so making sure we have quality after-school programs, quality job opportunities for young people, addressing mental health, to trauma care and trauma-informed services, those are key areas that we're gonna be focusing in going into the new year," Johnson said. "I'm confident if we all work together, we can reduce the level of gun violence that we are seeing here in the city of Philadelphia."

There are those trying to figure out ways to stop the violence as shootings continue Philadelphia.

Dunn, of Simon Gratz High School, is adamant about helping put a stop to the violence.

"I recognize that gun violence in North Philadelphia existed before our current mayor, existed before our current police commissioner, and it's going to exist long after that," he said. "But we as a community have to recognize that we are at war with guns, and right now we're not winning that war, and it's going to take every single leader, principals, staff members elected officials appointed officials hired officials to come to the table and prioritize this issue and do all that we can to protect and keep young people safe."