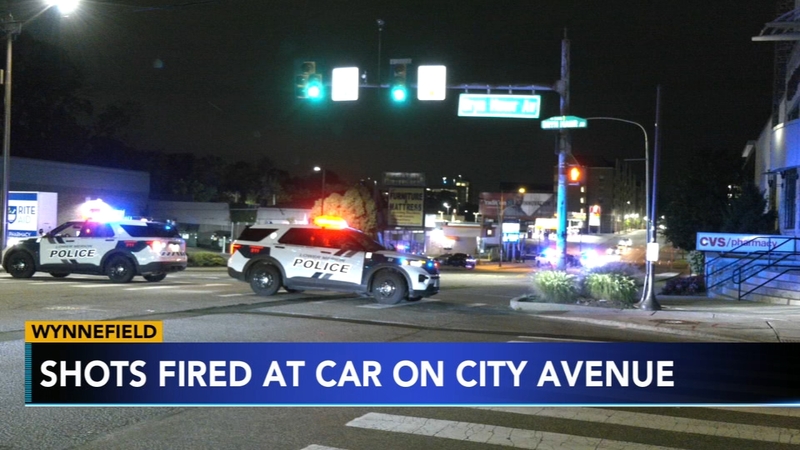 PHILADELPHIA (WPVI) -- Police are searching for the gunman who fired at least 11 gunshots at a car in the Wynnefield section of Philadelphia overnight.

Police say the driver of a Dodge Charger told officers that another vehicle pulled up and started opening fire.

The Dodge Charger driver pulled over and discovered four bullet holes in his car. Philadelphia police reported at least 11 shell casings along City Avenue where the shooting took place.

Philadelphia police along with Lower Merion police will be checking the area for security cameras.

City Avenue was closed between Bryn Mawr Avenue and 51st Street during the investigation. City Avenue has since reopened.