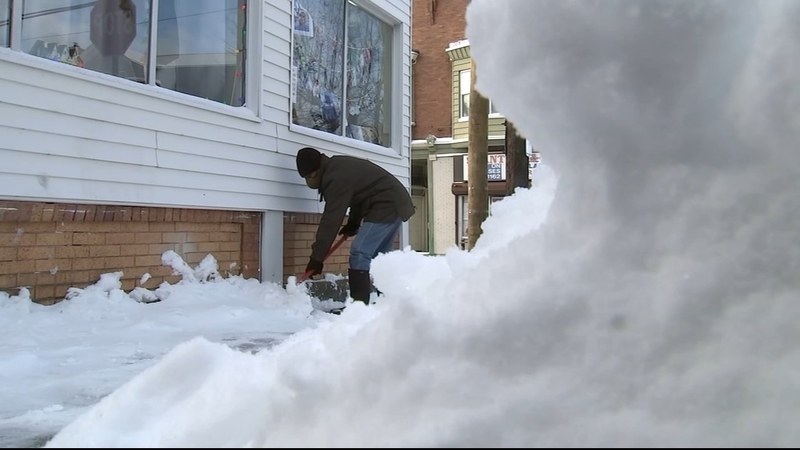 However, many side streets remain snow covered.


"I'm out here shoveling snow, trying to keep warm," said John Prewitt of Manayunk.
Six inches of snow is the most Philadelphia has seen since March 2018.

Wednesday's pre-winter storm was an eye-opening introduction for Prewitt and his wife.

"I'm originally from Birmingham, Alabama. Me and my wife just moved here about a year and a half ago, so this is my first real snow for sure," said Prewitt.

Some who know the area say they do not recommend driving on hilly roads before the snow is cleared.


"I went to school in West Virginia, so we had snow all the time, it was really hilly, but I try not to," said Manayunk resident Kassidy Butler.

Green Lane, known for its steep incline, went from being snow-covered overnight Wednesday into Thursday to a road that was safer to drive on by the afternoon.

The Streets Department said they made progress treating roads while pushing snow to the side once the storm started to let up Thursday morning.
Alex Rapley, owner of Abydos Design Studios at the corner of Manayunk and Roxborough Avenue, said they try to look out for each other.

"My neighbor was already out here shoveling before I got here," Rapley said.


It certainly takes a team effort and a little preparation.

"I love snow, I love it. I just wish I was a little more prepared this time," said Manayunk resident Ryan Mahoney.

For those of you living in other sections of the city, the Streets Department said its now at a place where they could get some work done on the narrower side streets in your neighborhoods.