Philadelphia convenience store operators fed up with increased crime: 'They have to be stopped'

"The city is under siege, that's what I see," said store owner Vincent Emmanuel.
WPVI
By Dann Cuellar 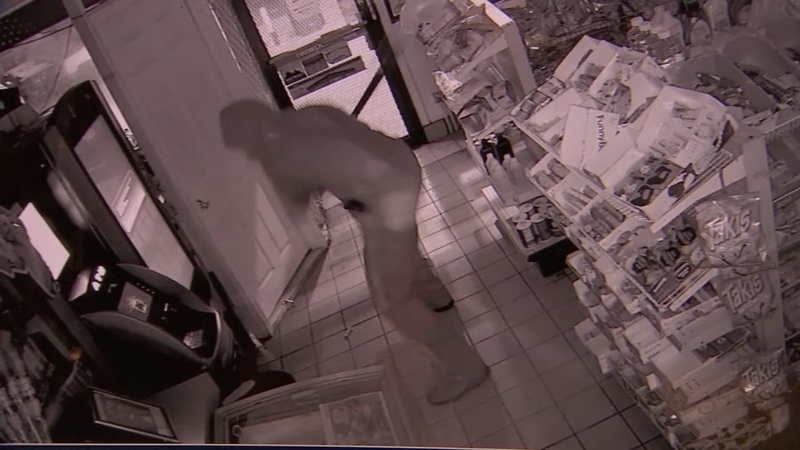 PHILADELPHIA (WPVI) -- Convenience stores across Philadelphia have increasingly become a target for robbers.

In some cases, they're entering the stores in broad daylight, and store owners say they want more help from police.

"The city is under siege, that's what I see," said store owner Vincent Emmanuel.

At a Shell Gas station in the 6200 Block of North Broad Street, burglars recently broke a large window to make their way into the store.

Surveillance footage shows as many as three men in the store. One of them is seen swinging an ax, trying to break into an ATM.

Store operator Sukhbir Singh says the burglars ransacked the place using a sledgehammer and were able crack the bulletproof glass to gain access to the cashier cage.

"The shortage is significant, our office is down over 600 police officers from our staffing levels in 2015," said Commissioner Outlaw.

At another store near Byberry and Academy roads, thieves hacked away at the games of skill machines, trying to get to the money box as the store clerk watched in horror and disbelief.

There was no immediate response from a police spokesman, but last week, Commissioner Danielle Outlaw acknowledged that it was taking police much longer to respond to 911 calls for help.

Outlaw pointed to the shortage of 911 dispatchers and that the department was roughly 600 police officers down from staffing levels in 2015.

Meanwhile, Emmanuel says some store owners are closing in the wake of all the robberies.

"The 7-Elevens are closing. There's a 7-Eleven store on Oxford Avenue that got robbed nine times in one month. How could a store owner operate a business like that?" said Emmanuel.