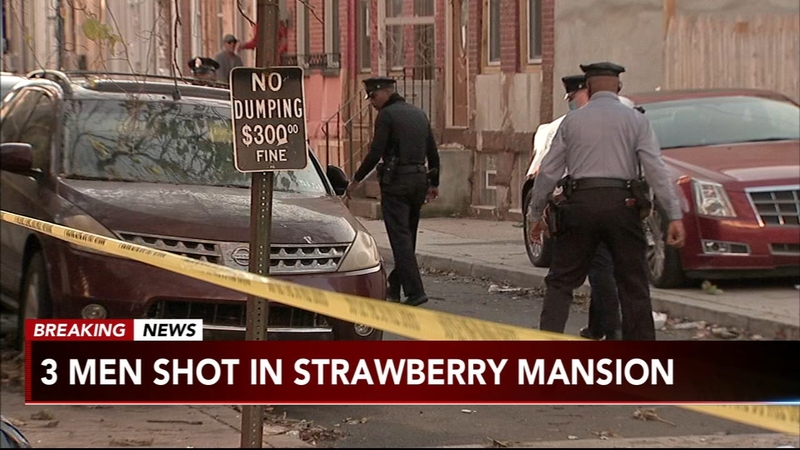 It happened around 3 p.m. on the 2100 block of North Corlies Street.

Investigators say found a man in his early 20s shot multiple times. He was rushed to an area hospital where he's listed in critical condition.

A 19-year-old and another man were also shot. Both men are listed in stable condition at the hospital.

Police say 28 shell casings were found at the scene and fired from three different weapons. Four parked cars were also hit by the bullets.