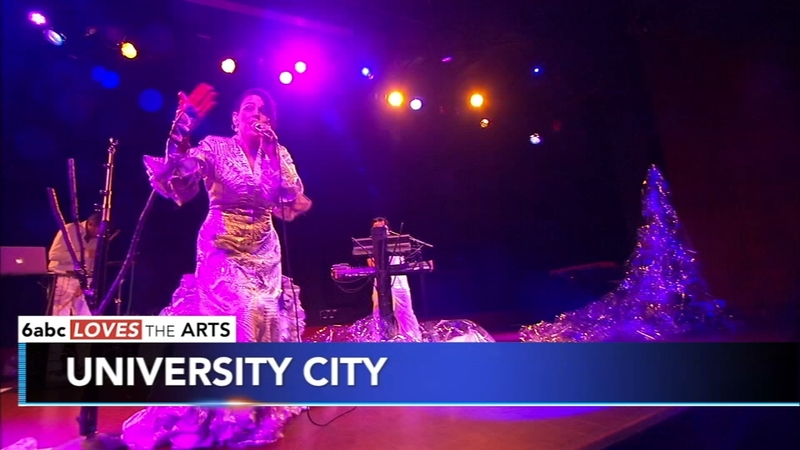 Karen Rogers has the details in this week's 6abc Loves the Arts.

There are seven more concerts through August, with four of them free to attend.

"For more traditional music, samba, merengue, we have those performances happening in the lounge," says Campbell.

The other concerts will be held in the Music Hall with discounted prices.

"We chose to focus on the diasporic sounds of Latin America, for the Music Hall" says Campbell.

And there's Latin-inspired food and drink at the 'Lounge' restaurant.

Mexican singer-songwriter Renee Goust is the next performer in the LatinX series.

Goust is an icon in the feminist movement.

"I want to tell those stories and the sounds of our lands," says Goust.

"We are from this region. But that doesn't mean that we can't also be queer and loud and proud and talk about what's lacking for women. Still street harassment, gender violence, inequality," says Goust.

Goust's friend Mexican artist Audrey Funk will be sharing the stage on June 23.

The project is part of World Cafe Live's mission to promote accessibility.

"We're looking at bilingual signage and bilingual greeters," says Campbell, "You can also participate in music workshops and classes. I like to think about healing. That is the root of what we're doing."