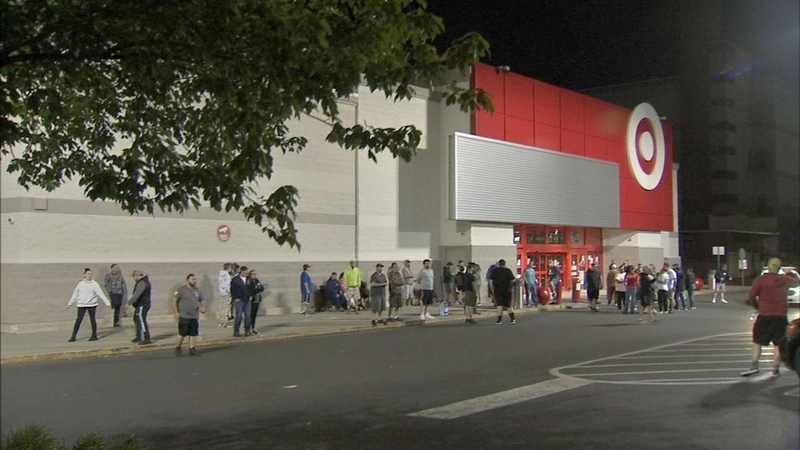 PHILADELPHIA (WPVI) -- Officials in Philadelphia closed off much of Center City after peaceful protests over George Floyd's death turned into a weekend filled with destruction, with store windows smashed, merchandise taken from stores and police vehicles and structures set afire.

And while looters continued to break into stores across the Philadelphia area on Sunday, it was a much different scene at the South Philadelphia Target store.

Looting continues through the night in Philadelphia despite curfew Sunday

Dozens of residents stood outside to protect the store on Mifflin Street, near Columbus Boulevard on Sunday evening.

A handful of neighbors could still be seen guarding the doors early Monday morning.

Cheltenham police officers were guarding the front of the store.

They also had a K-9 officer and part of the parking lot blocked off.

It was a different scene at the Target in Wynnefield Heights earlier Sunday where looters struck during the daytime. The store remained closed on Monday.