According to police, evidence is limited, which is why they need the public's help.
WPVI
By 6abc Digital Staff and Bryanna Gallagher 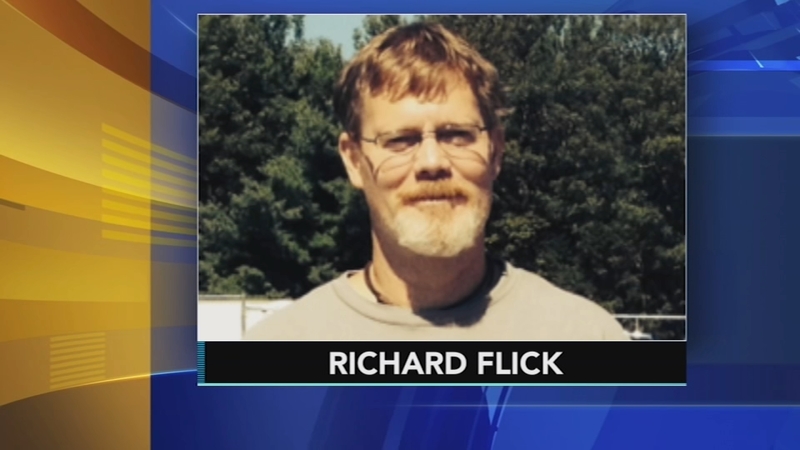 GLENOLDEN, Pennsylvania (WPVI) -- A family in Glenolden, Delaware County, is trying to bring as much attention as they can to a hit-and-run investigation.

They say their loved one was left lying in the middle of the roadway.

The family tells Action News that Richard Flick was cleaning up leaves when a car hit him. He was reported standing in front of his home at the time but was thrown several feet down the hill.

Thanks to a neighbor, the sound of the accident led him out to the street, where he found Flick lying in the roadway.

This is Richard Flick, he is currently in the hospital after a hit and run in Glenolden, Delaware County.

His family & police need your help finding the driver who did this. He was struck along S Elmwood Ave, on Sun. around 5:30 p.m.

Police say the driver was traveling southbound along Elmwood Avenue.

"And the people just left him, they just left him. He has staples from here to here. He has 10 broken bones, four lacerations, a broken nose, three broken ribs, and a broken shoulder," cried Flick's fiancée Carrie Hamilton.

Hamilton says if it wasn't for her neighbor who came outside and called 9-1-1, she doesn't think Flick would be alive.

"The biggest danger is, he has bleeding in the brain," said Hamilton.

Several neighbors have a ring camera, but none captured the incident.

According to police, evidence is limited, which is why they need the public's help.

Police said Flick's body was thrown quite a bit down the road from his house, yet no debris was left behind as evidence from the vehicle that struck him. The family wants to find out who did this, but most importantly, they want Flick to recover.

South Elmwood Avenue is a quiet residential street. But neighbors say it's common for cars to speed, and something needs to be done about it.

Flick is in the hospital in a drug-induced coma. Doctors are waiting on MRI results to see how to move forward.

The family is offering a $5,000 reward for anyone with information that could help find the driver responsible.

Anyone in the area who may know anything is asked to contact police.