Officer Darren Kardos is accused of pulling Rickia Young out of the vehicle by her hair.
WPVI
By 6abc Digital Staff 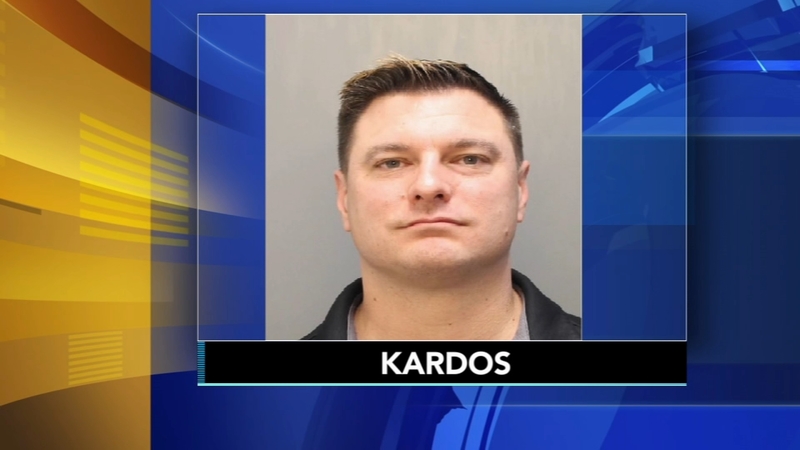 PHILADELPHIA (WPVI) -- Philadelphia District Attorney Larry Krasner announced the arrest of a previously fired police officer for his role in a 2020 assault of a woman and her toddler.

Investigators say Rickia Young was driving down Chestnut Street in West Philadelphia with her 2-year-old son in October 2020 when her way was blocked by a social justice protest following the fatal shooting of Walter Wallace Jr.

Officer Darren Kardos is alleged to have approached the SUV, where he began breaking the windows with a metal baton.

Kardos is also accused of pulling Young out of the vehicle by her hair. Krasner said she was hit by fists and batons before she was maced.

The incident was videotaped and shared on social media.

Young was arrested by police and separated from her toddler, who was later photographed for a false social media post by the National Fraternal Order of Police, Krasner said. The victim was never charged and the post was later deleted.

In an official statement following the incident, officials said Kardos made claims about the victim's actions that were not corroborated by video evidence.

Kardos is now charged with second-degree felony aggravated assault, second-degree misdemeanor simple assault, possession of an instrument of crime and other related crimes.

"I will never forget what those officers did to us that night," Young said after the city agreed to a $2 million settlement in 2021. "I hope that the officers responsible will never have the chance to do something like this to another person ever again."

Kardos and another officer were fired for their roles in this case and several others were disciplined following the assault.