According to police, Rushon Drayton, who works at Valley Forge Middle School, turned himself in to authorities on Tuesday.
WPVI
By Jaclyn Lee 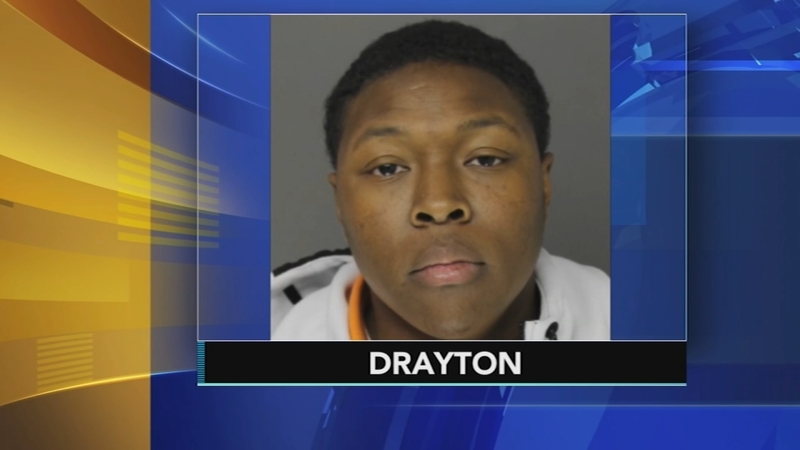 TREDYFFRIN TWP., Pennsylvania (WPVI) -- A Chester County middle school custodial employee is charged with allegedly having relationships with a 14 and 15-year-old student.

Rushon Drayton, 23, of Paoli, Pennsylvania, is charged with Unlawful Contact with a Minor, Solicitation to Commit Statutory Sexual Assault, Indecent Assault and other related crimes.

According to the criminal complaint, the mother of the 14-year-old student, an 8th-grader at Valley Forge Middle School, discovered inappropriate text messages between her daughter and Drayton.

The daughter told police that Drayton would hand out candy several times a week at school and when he asked for her phone number, they started texting and FaceTiming.

On April 14, police learned of a second victim, a 15-year-old, and officers allege she received gifts, sexually explicit texts, pictures and videos from Drayton.

According to police, Drayton, who works at Valley Forge Middle School, turned himself in to authorities on Tuesday.

"The reason this case broke is because we had a really diligent, caring mother who must have identified something was wrong with her daughter, had the forethought to go through her phone and was able to uncover this entire criminal behavior," said Chester County District Attorney Deb Ryan. "Which then unveiled another victim and we still suspect there are other victims out there."

Ryan said incidents like this are increasing in Chester County and emphasized it is important for adults to pay attention and report anything suspicious.

The Tredyffrin/Easttown School District said Drayton worked as a custodian since 2017 at Valley Forge Middle School. He has been removed from his employment while charges are pending.

In a statement, Superintendent Dr. Richard Gusick said in part, "...like all district employees and contracted staff, Mr. Drayton underwent the mandatory background checks prior to his employment and received required child abuse prevention training. As this remains an open police investigation, we are unable to provide further details and will share updates as appropriate in accord with law enforcement."

Drayton was jailed under a $50,000 cash bail. His preliminary hearing is scheduled for Friday.