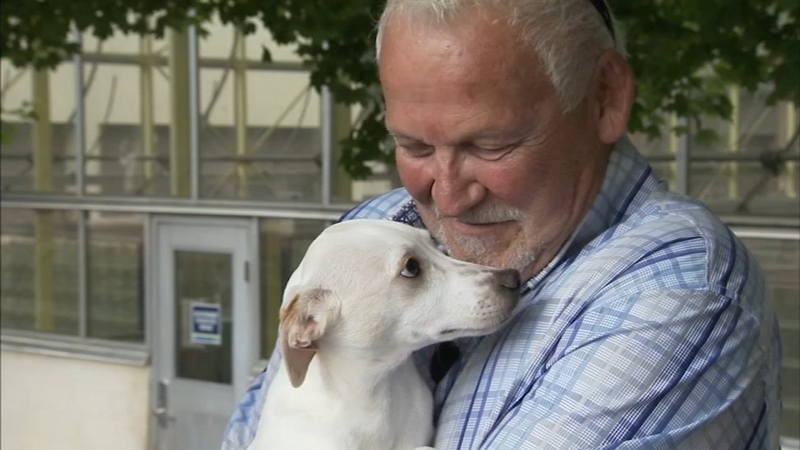 "We see a lot of situations where animals aren't treated the way they should be," says Parent.

Bernie's teamed up with the Pennsylvania SPCA and Mainline Animal Rescue for Drive in Movie Night.

"It's going to be lots of family fun, food trucks and lots of hockey-themed things," says Gillian Kocher, Director of Public Relations at the Pennsylvania SPCA.

Playing on the big screen will be Miracle, which chronicles the 1980 US Men's Olympic Hockey Team, and their improbable win that year.

"You learn in sports if you want to succeed, you succeed as a team. Nobody succeeds by themselves, you got to have a team to do it," says Parent.

And there are plenty of pets hoping for miracles.

Nutmeg is a six-year-old pup that was rescued by the SPCA's Humane Law Enforcement sector.

"She and her doggie siblings were not being taken care of, so we swooped in and rescued them all," Kocher says.

Her siblings all found homes, but Nutmeg is still waiting.

Lady is a four-year-old hound mix that was pulled from a full shelter. She has the best behavior rating in the whole shelter.

"Which means she can go home with mostly anybody that has the time to dedicate to getting her some exercise and just loving her a lot," Kocher says.

Mia is a one-year-old pit-mix that spent six months in protective custody.

"What that means is that she was tied up in a court case and could not be adopted. But now she is ready to find her forever home," says Kocher.