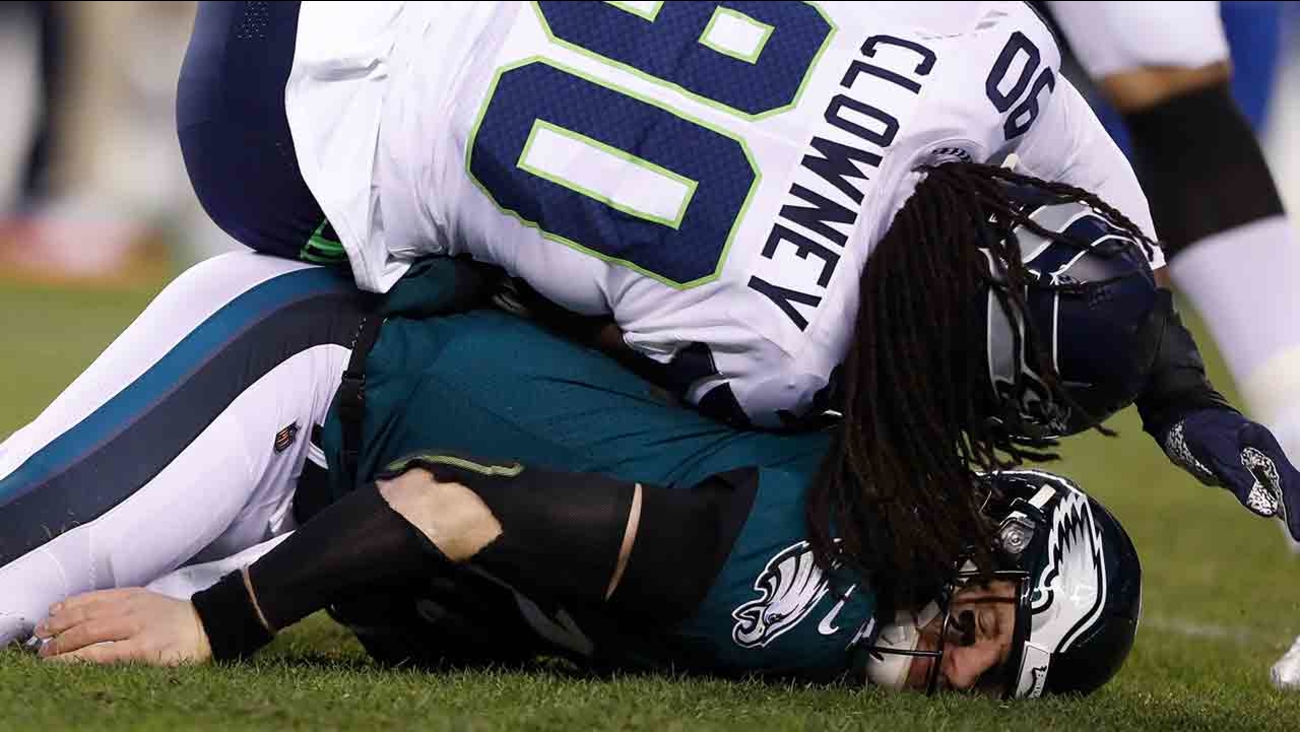 Left tackle Jason Peters confronted Clowney on the field after seeing a replay of the hit in which Clowney made contact with Wentz's helmet and upper back as they slammed into the turf. Wentz left with a head injury a short time later and did not return, playing only eight snaps in Philadelphia's 17-9 playoff loss to Seattle.

"I checked Clowney about it," Peters said. "He was mouthing, I was mouthing back at him. ... I just told him, 'Man, that's a dirty play. And he's like, 'My bad,' and we just kept playing.

"I just kept reminding him, 'Man, stay off my quarterback.'

"I'm a left tackle. I've got his back. I'm the blindside. And I just take it personal when somebody is taking a late hit or trying to rough up the quarterback."

Clowney said he was not attempting to injure Wentz.

"It was a bang-bang play. I don't intend to hurt anybody in this league, let me just put that out there. I've been down the injury road; it's not fun. My intention was not to hurt him. I was just playing fast."

Clowney was not penalized for the hit. Referee Shawn Smith explained the decision after the game.

"[Wentz] was a runner, and he did not give himself up," he said. "We saw incidental helmet contact, and in our judgment, we didn't rule that to be a foul."

That was not the view inside the Eagles' locker room.

"I thought it was late," said Eagles tight end Zach Ertz, who revealed after the game he played through two rib fractures, a rib cartilage fracture and an injured kidney. "I kinda knew something was wrong right away -- just the way he got up. Devastated for my guy. Really tough."

"I mean, it's a quarterback hit to the head. But it is what it is. I'm sure there was somebody in the way or something. They're doing everything they can to protect players, and I'm sure there's a reason they didn't call it." 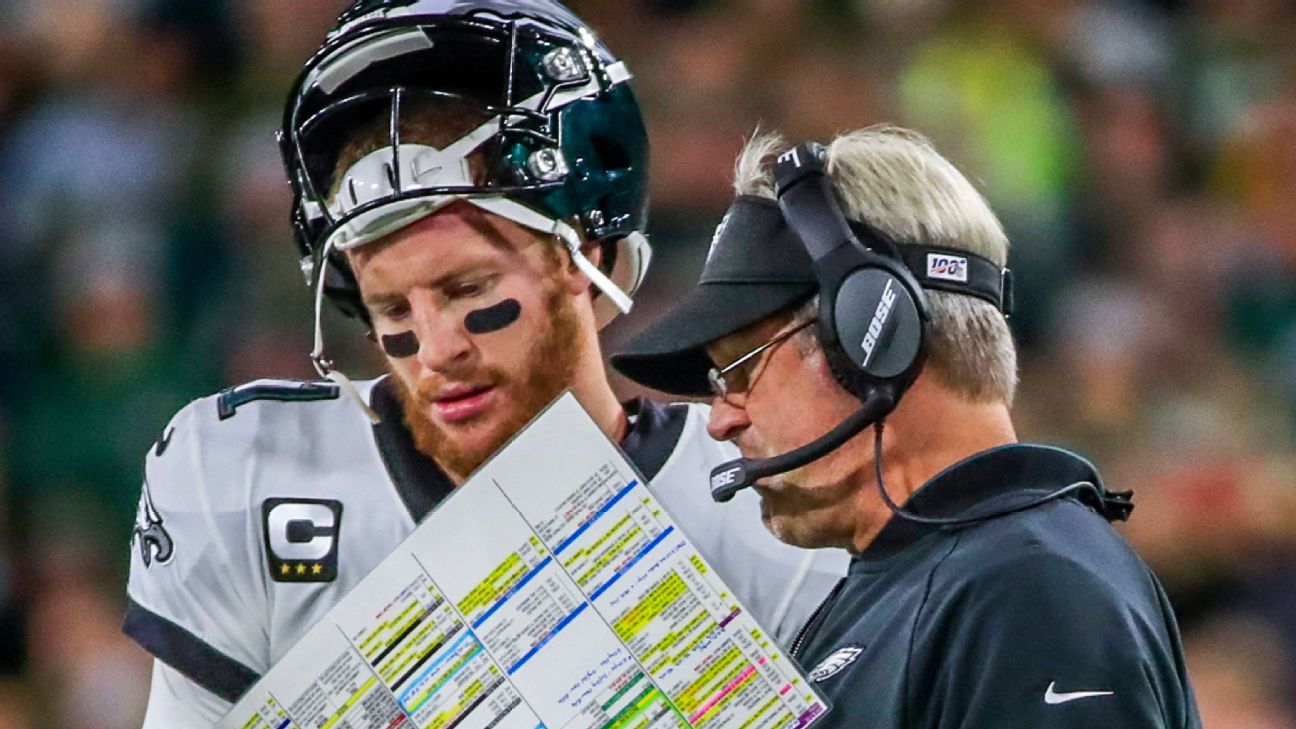 What constitutes a successful 2020 NFL season for each NFC East team? 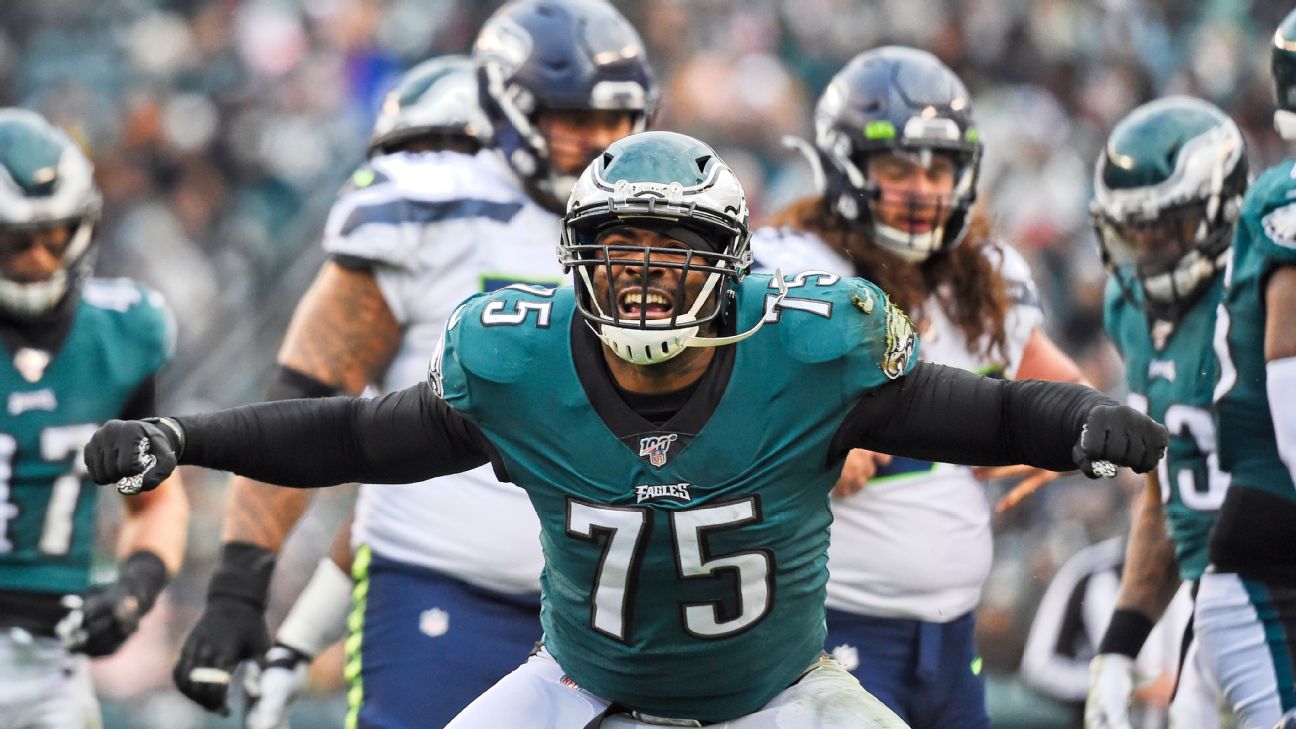 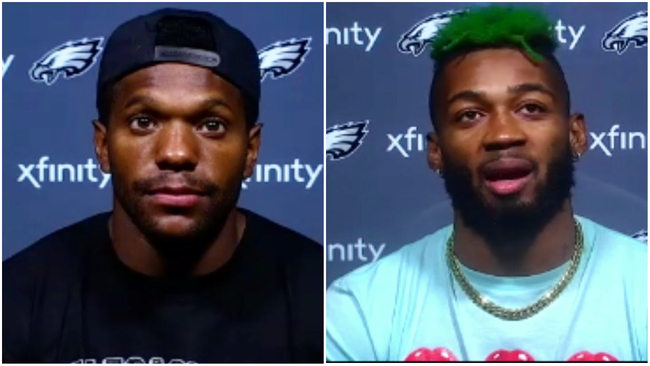