Sources confirm the statue was found around 1 p.m. on the 1600 block of Webster Street.
WPVI
By 6abc Digital Staff 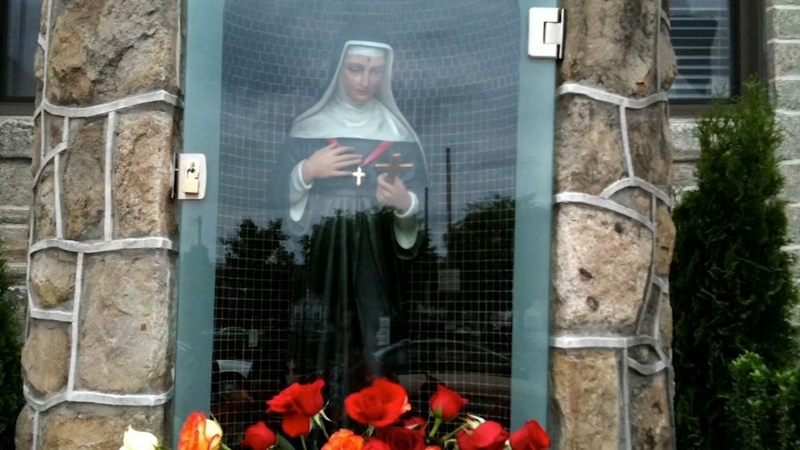 PHILADELPHIA (WPVI) -- The statue of Saint Rita of Cascia has found Saturday after it was reportedly stolen Friday night in South Philadelphia.

Officials say someone stole the statue from The National Shrine of St. Rita of Cascia on the 1100 block of S. Broad Street.

Sources confirm the statue was found around 1 p.m. on the 1600 block of Webster Street.

A resident called police after spotting the statue abandoned on the street, sources say.

The religious icon teaches people about the importance of peacemaking, forgiveness, and healing.

The church says the statue is kept behind a locked glass door, but the church says whoever took it was able to manipulate the lock.

Church officials say they plan to clean the statue, repair the lock, and return it to the grotto as soon as possible.