Authorities said when she pulled into a Wawa in Wildwood, officers approached the tanker with guns drawn.
WPVI
By Trish Hartman 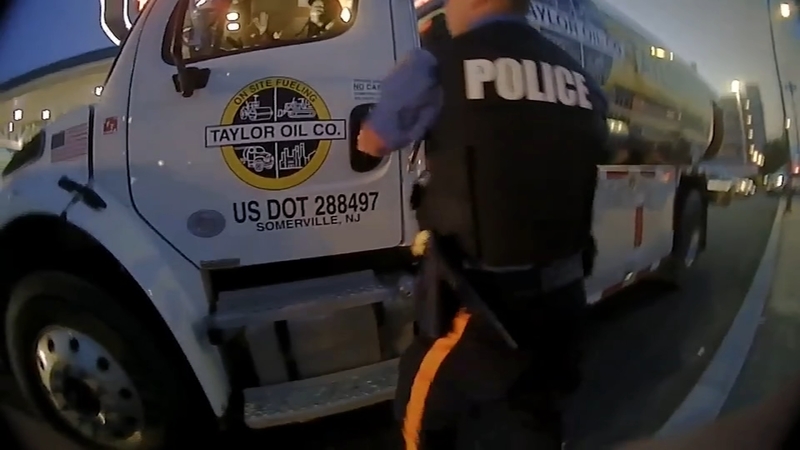 According to police, 44-year-old Camille Wescott of Lawnside, New Jersey, stole a tanker truck from Taylor Oil at about 12:30 p.m. on July 24.

From there, investigators say Wescott eluded police in several towns and was involved in several crashes before the ordeal ended at a Wawa 80 miles away.

Authorities said when she pulled into the Wawa on Rio Grande Ave. in Wildwood, officers approached the tanker with guns drawn.

The video shows that Wescott did not exit the truck on her own. Officers had to break the windows and pull her out.

Police talked to one witness who had been following the tanker for several miles.

Wescott has been charged with receiving stolen property, obstruction of justice and resisting arrest, police said.

She is currently behind bars in Camden County and is due back in court next month.

Action News reached out to Wescott's attorney, who declined to comment.