Super Bowl LV will have plenty of Philadelphia connections 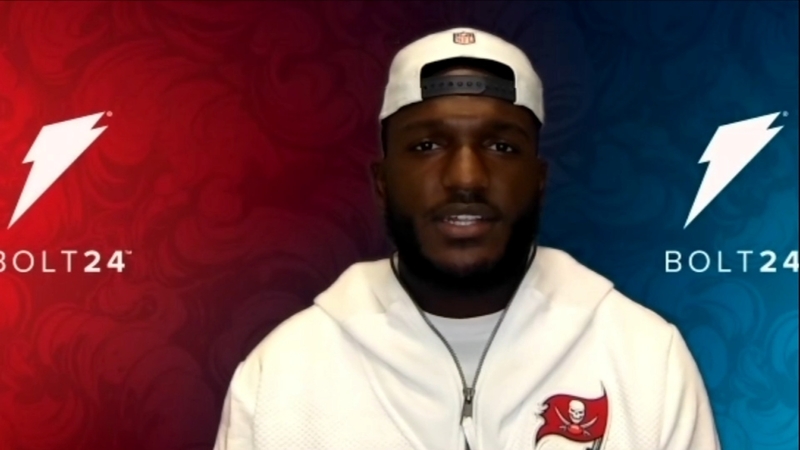 PHILADELPHIA (WPVI) -- This Sunday, there will be no chance for an Eagles' Philly Special at the Super Bowl, but that doesn't mean there won't be any Philadelphia connections in Tampa Bay.

In fact, the City of Brotherly Love, and Temple University in particular, will have a huge presence when the Kansas City Chiefs battle the Tampa Bay Buccaneers at Super Bowl LV.

Philadelphia-native Jazmine Sullivan will be performing the National Anthem alongside Eric Church prior to the start of the game at Raymond James Stadium.

"I'll be in Tampa Bay with @ericchurchmusic to sing the National Anthem for Super Bowl LV!" Sullivan posted on Instagram.

Head coach Bruce Arians looks back at his time at Temple University fondly. That's where he got his first head coaching job in 1983.

In one of his biggest wins, the Owls upset the University of Pittsburgh 13-12 in September 1984.

"The Temple days are still my fondest memories. Beating Pitt [in 1984] is the number one win in my career," Arians said. "When we beat Pitt after 45 years, it ranks above the Super Bowl trophies I have in my house. The players that helped do that, they're lifelong friends. I wasn't much older than them at the time, so it's hard to see them now being 55, 60 years old."

🔥Bruce Arians, who is in Super Bowl as a Head Coach for the 1st time, got his 1st HC job at Temple

“The Temple days are still my fondest memories! Beating Pitt [in 1984] is the #1 win in my career... ranks above the Super Bowl trophies I have in my house”@6abc @BruceArians pic.twitter.com/UT87Q6JxKL

"It's great to come to work every day. The camaraderie is outstanding. It's non-stop comedy, but we do put in a lot of work, and it's great to get up in the morning and go to work with guys that you like being around," said Bowles.

Wide receiver Chris Godwin is a Middletown, Delaware native. He first starred at Middletown High School, where he led them to a pair of state titles.

We have a Cavalier in the Super Bowl!

He was regarded as the best player in the state in 2013 as the Gatorade Player of the Year from Delaware before going on to star at Penn State and now Tampa. He was drafted in the third round in 2017.

"There's not many of us from Delaware in the league. I really take pride in that. Pride in the few to make it," Godwin said as he prepares for his first appearance in the Super Bowl.

“there’s not many of us from Delaware in the league. I really take pride in that”

Hear from @CGtwelve_ and his proud family at home in Delaware on @6abc at 6#SuperBowl pic.twitter.com/0U3OPAObek

His family back home couldn't be prouder.

"It's like a dream. The bigger the game, the bigger he's going to play," Godwin's father Rod told 6abc. "It's cool to see him play. He's always wanted to do it."

Middletown Delaware Native Chris Godwin credits his parents for instilling hard work in him at a young age & it’s helped him make it to the NFL & now #SuperBowl@CGtwelve_ took his dad to the Super Bowl 2 years ago as fans & told him he has to play in a SB; now he gets to@6abc pic.twitter.com/K9fPxzLx92

Wide receiver Justin Watson can become the first player ever from the University of Pennsylvania to play in the Super Bowl.

The Wharton graduate set records at Penn for career catches, yards, and touchdowns. He was drafted by the Buccaneers in 2018.

Numerous members of the Buccaneers coaching staff are "Temple Made."

Quarterbacks Coach Clyde Christensen coached for the Owls quarterbacks and served as a receivers coach in the mid-80s.

Running Backs Coach Todd McNair played for Temple from 1985 to 1988. He is the sixth best rusher in Temple Football history.

In the 1980s, Nick Rapone coached for the Owls' secondary team and served as defensive coordinator. He returned to Temple as secondary coach from 1999 to 2005. He is now the Buccaneers' safeties coach.

Head coach Andy Reid led the Philadelphia Eagles for 14 seasons and to an appearance in Super Bowl XXXIX.

“I try to remember the good times. There were so many good times. I focus on that. Things happen in this business. I’m not a grudge holder... my wish would be that those two bring it back together”@6abc@terrellowens#Eagles pic.twitter.com/EDsFAuDvyg

Chiefs' defensive end Tanoh Kpassagnon is from Ambler, Pa. and is headed back for his second Super Bowl.

He played at Wissahickon High School before being a star player at Villanova University. He went on to be a second-round draft pick for Kansas City,

The head coach's son Britt Reid is the Chiefs' linebacker coach and a former graduate assistant at Temple. Reid was involved in multi-vehicle crash on Thursday night in Kansas City. Chiefs confirmed Britt Reid will not make the trip to Tampa.

Tim Terry is the Chiefs' Director of Pro Personnel. He was a linebacker at Temple in the 1990s. Terry played for the Seattle Seahawks and Cincinnati Bengals, before becoming the assistant director of pro personnel for the Green Bay Packers.

“If they win, I’m sure I’m going to cry”@6abc#SuperBowl pic.twitter.com/Hh3aHfwQRA