A number of players and coaches have ties to the Delaware Valley.
WPVI
By Brock Koller PHILADELPHIA (WPVI) -- Bengals or Rams? Cincinnati or Los Angeles? Unless you are from those cities living in the Philadelphia area, chances are you really don't have an emotional tie to either team in Sunday's Super Bowl.

And while nothing comes close to when the Philadelphia Eagles are in the big game, it's a good feeling knowing someone with a connection to our area has a chance at winning it all.

So we delved deep into the rosters of both teams and found a slew of players and coaches carrying some sort of Delaware Valley pride.

This could mean they were born here, grew up here, went to college here or played on the Eagles - even for just one game.

We would say this is a complete list, but if you are a true fan of the Bengals or Rams, you may spot one we didn't catch (like Tom Brady and a pass in Super Bowl LII). So if you do find another connection, let us know and we'll be sure to add it. 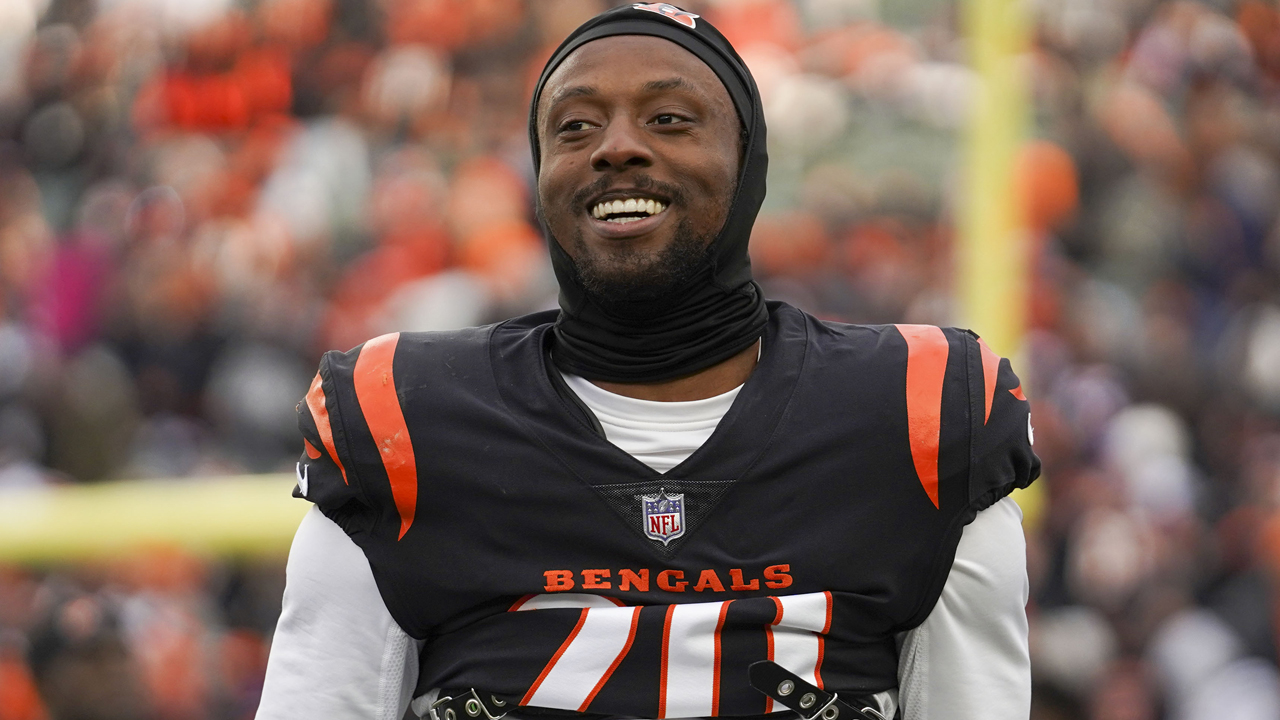 Cornerback Eli Apple calls Voorhees, New Jersey his hometown. He attended Eastern Regional High School and then spent three seasons at Ohio State. He was drafted #10 overall in 2016 by the New York Giants. From there he played for the New Orleans Saints and Carolina Panthers before joining the Bengals.

@EliApple and the @Bengals are going to the Super Bowl!!!! Congratulations Eli!!!! #VikingStrong

Tight end Chris Myarick is an Elkins Park, Pa. native. The former Temple Owl was originally a college free agent signee of the Miami Dolphins in 2019.

Nose tackle Zach Kerr played college football at the University of Delaware. He was originally a college free agent signee of the Indianapolis Colts in 2014. He's played on the Denver Broncos, Carolina Panthers, San Francisco 49ers and Arizona Cardinals. The Bengals signed him in January.

Remember when @ZachKerr92 played for the #BlueHens? We do! One week until the #SuperBowl pic.twitter.com/EsADFp8uCX

Linebacker Austin Calitro spent four seasons at Villanova University where he was a communications major. He played in 47 career games and totaled 219 tackles. He was signed as a college free agent by the New York Jets in 2017. He moved around to Seattle, Cleveland, and Jacksonville. He was acquired by Cincinnati on waivers in 2020.

Good luck to our guy @Ayee_See today in the AFC Championship‼️

Defensive tackle Mike Daniels is a native of Stratford, New Jersey. He attended Highland Regional High School in Blackwood where he played both defensive lineman and running back. He made First-Team All-Conference as a senior in 2006 after recording 12 sacks on defense and rushing for 1,029 yards and 12 touchdowns on offense. He also lettered all four years in track and field and three years in wrestling. Daniels' father Mike Sr. played baseball at Rutgers-Camden and his brother, Sean, played linebacker at Temple University. Daniels spent five seasons at Iowa before being drafted by the Green Bay Packers in the fourth round of the 2012 NFL Draft.

Good luck to @HighlandHS Alum @Mike_Daniels76 and the @Bengals in @SuperBowl this Sunday! Your @HighlandTartans will be cheering for you in NJ! Have a great week of prep and game Sunday! #HighlandHYPE #TartanPride pic.twitter.com/9y8dRmmKjC

Defensive end Noah Spence is a Philadelphia native. He attended Bishop McDevitt High School in Harrisburg. He then went on to play at Ohio State and Eastern Kentucky. He was drafted in 2016 by the Tampa Bay Buccaneers.

Long snapper Clark Harris in his 12th season with the Bengals. He is from Manahawkin, New Jersey and attended Rutgers University. He turned 37 in 2021 and has been the oldest Bengal on the roster since 2018.

Running back Elijah Holyfield, son of boxing great Evander Holyfield, played in one game with the Philadelphia Eagles in 2020.

Assistant Special Teams Coach Colt Anderson played his first NFL game as a member of the Eagles. He spent four seasons as a safety with the Birds and racked up 37 special teams tackles.

Tights End Coach James Casey played with the Philadelphia Eagles from 2013 to 2014.

Linebackers Coach Al Golden played college football at Penn State. He was the head coach for Temple Football from 2006 to 2010. In 2009, he took the Owls to their first bowl game since 1979.

Defensive back Grant Haley played college football at Penn State. He was signed by the New York Giants as undrafted free agent and then joined the Saints before signing with LA.

Linebacker Troy Reeder is a Wilmington, Delaware native and played at the University of Delaware after transferring from Penn State. In his three seasons as a Blue Hen, he totaled 283 tackles. He currently ranks 22nd all-time at Delaware in total tackles. Reeder was an honor student and finance major at Delaware. His father, Dan, played fullback and linebacker at Delaware and went on to play two seasons in the NFL with the Los Angeles Raiders.

Can’t wait to see @troyreeder9 next week in the #SuperBowl Check out some highlights from his time as a Blue Hen. pic.twitter.com/vmpfNpHCo3

Safety Nick Scott was born in Lancaster, Pennsylvania. He went on to play college football at Penn State. He graduated in 2018 with a degree in psychology. He played in 52 games at Penn State and recorded 114 defensive tackles. He was selected by the Rams in the seventh round of the 2019 NFL Draft.

Offensive guard Jamil Demby was born in Vineland, New Jersey where he attended Vineland High School. He was named First-Team All-South Jersey. His college career took him to the University of Maine.

Defensive lineman Sebastian Joseph-Day is from Stroudsburg, Pennsylvania. He played football at Rutgers University where he started all 12 games as a senior at nose tackle. He was selected by the Rams in the 2018 NFL Draft.

Safety Blake Countess was drafted by the Philadelphia Eagles in 2016 in the sixth round. After playing two games with the Birds, he was released later that year on the same day the Eagles traded quarterback Sam Bradford to the Minnesota Vikings.

Pennsylvania native and Senior Coaching Assistant John Bonamego worked 11 years at the college level before entering the NFL, including one year (1992) at Lehigh University.