Teen killed after being hit by stolen SUV driven by half-naked man in West Philly: Police

The teen has been identified as 16-year-old James Sanders.
WPVI
By Corey Davis and 6abc Digital Staff 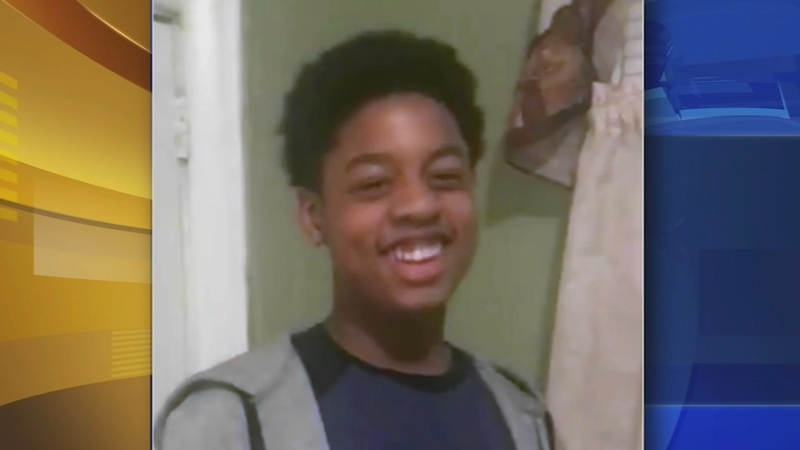 PHILADELPHIA (WPVI) -- A 16-year-old was killed after being struck by an SUV being driven by a half-naked man in West Philadelphia late Wednesday night, police said.

The teen has been identified as James Sanders.

Sanders' mom said had just called her to let her know he was on his way home. Minutes later, she got a life-changing call from her other son.

"He didn't have a chance. They hit him so hard," said Tasha Sanders-Diggs.

Investigators said the 27-year-old Zaire Semaj Adams was driving a stolen Toyota Highlander, possibly impaired, at a high rate of speed when he hit Sanders and a 21-year-old man around 11 p.m. in the area of North 44th and Parrish streets.

One of the victims was knocked out of his sneakers and dragged about 100 feet, according to police.

Sanders-Diggs said when she heard he son was hit, she ran to the scene.

"When I saw him lying there, I had a feeling he wasn't alive no more, but I was still hoping and praying," she said.

Adams is also accused of crashing into three parked cars along the 800 block of N. 44th Street after striking two pedestrians.

The bumper flew off of a car and the trunk was smashed in following the impact.

The impact left Sanders with severe trauma to his entire body. The teen was taken to Penn Presbyterian Medical Center where he was pronounced dead.

Tabb said his brother was smart and loved to learn new things, but now, instead of celebrating the start of summer, they are planning a funeral.

"I wish what happened last night, I wish he could be me and I could be him," Tabb said.

Tabb was not injured in the crash. The 21-year-old male victim suffered a broken ankle.

According to officials, Adams is charged with homicide by vehicle, involuntary manslaughter, and other related charges.

Investigators said Adams was pinned inside the SUV when officers arrived. He was half-dressed.