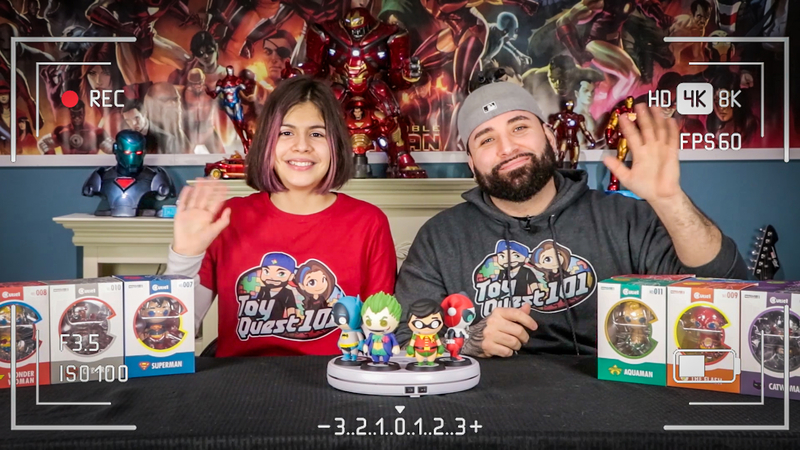 VINELAND, N.J. (WPVI) -- When Miguel Figueroa suggested his daughter start a YouTube channel, he was shocked by her response.

"She said, well, I can't, because I had autism," he remembers. "And it really broke my heart."

Miguel decided to give his daughter, Illiana, a push to make videos like the ones she enjoyed watching herself. After decking their basement in superhero paraphernalia and comic books, they started a pop-culture review channel called, 'Toy Quest 101,' in 2017.

"At first, I thought I was scared because I have autism," said Illiana, who is now 13 years old. "And then when I did the first video with my dad, now I was getting used to it and being happy with him."

The Figueroas have much reason to be happy since they have reached an audience of more than 100,000 subscribers. This milestone is recognized by YouTube with a silver plaque known as a 'Play Button.' Thanks to their community service and toy donations, the duo was also the recipient of a Daily Points of Light Award, founded by President George H.W. Bush.

Toy Quest 101 has also scored interviews with pop-culture icons such as Matt Cardona and the writers of X-Men: The Animated Series.

"When kids watch the show, they put themselves in Illiana's place," said Miguel. "Hopefully, they see what she's doing and say, man, I could do that, too."

Illiana, who views her diagnosis as a form of superpower rather than a hurdle, has some advice for her viewers.

"Just be yourself and move forward and you can get all the happiness and your dream to become true," she said.

To learn more about Toy Quest 101, visit their Youtube channel.

"Anything daddy made me is my style!" 9-year-old Ava Gardner gets her sense of fashion from her father!