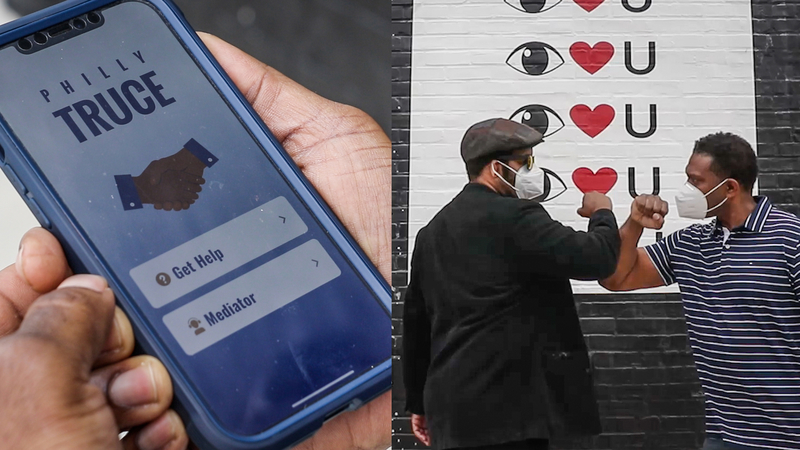 PHILADELPHIA, Pa. (WPVI) -- "We know from growing up here, and what's going on right now, there's a culture of violence here as a solution," said Mazzie Casher about his beloved hometown of Philadelphia. "I mean, point blank, period."

He started noticing the severity of the issue when he moved away to pursue a career in hip-hop music. But he didn't think of how he could make a difference until he came back to the Allegheny West neighborhood of North Philadelphia in October of 2020.

Casher and his childhood friend, Steven Pickens, were attending the grand-opening celebration of an old friend's barber shop. Each was a graduate of William Penn High School during the 1990s.

A conversation about gun violence sparked the idea to create "Philly Truce," a mobile app and social network designed to encourage locals to seek out trained mediators when potential conflicts arise.

"We don't have to settle our disagreements by shooting one another," said Pickens. "So, let's put the guns down. We're calling a truce."

The app is slated to launch on May 1, 2021. Tonight is the last opportunity for potential mediators to sign up for the first wave of training that begins tomorrow.

The childhood friends were startled by the violence that took place in Philadelphia over the last week. Just this year, 96 lives have been lost due to gun violence in the city. That marks a 37% spike compared to the same day in 2020.

"I think we just arrived at that conclusion that no one is coming to save us," said Casher. "So, why not us?"

To learn more about the Philly Truce app, visit their website.

"I think that our city could benefit from our youth gaining skills," said Jamal Davis. "And for our team, it's barbering." 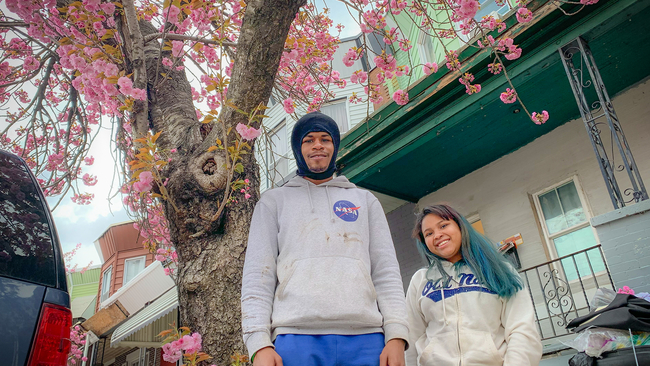 How planting trees can help achieve equality in Philadelphia