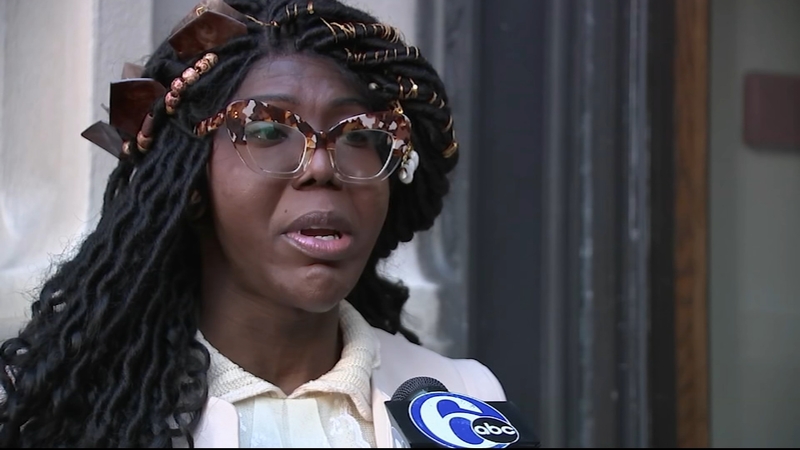 Activists speak out against uptick in hate crimes against transgender community

PHILADELPHIA (WPVI) -- Two days before International Transgender Day of Visibility, leaders and activists throughout Philadelphia spoke out against the uptick in hate crimes against the transgender community.

It was just two weeks ago when Philadelphia police charged 45-year-old Robert Easley in connection with the sexual assault and stabbing of a transgender woman in her Germantown home.

The incident hit home for LGBTQ Activist Kendall Stephens who was attacked in her South Philadelphia home in August in front of her two godchildren who live with her.

Stephens was among several condemning the acts of hate at a news conference held by District Attorney Larry Krasner on Monday.

"What's sad is that I am a productive member of the community. I am a student. I am a godmother. I am a neighbor, and for someone to just judge me and hate me for living in the fullness of my truth," Stephens said.

The District Attorney's Office said it was working in collaboration with Celena Morrison who leads the LGBT Affairs for the city. They said in the works is a pipeline for victims to access resources including therapy, housing and transportation.

"We're talking about breaking down a lot of silence and how can we better serve our victims," LGBTQ Liaison Kelly Burkhardt said.

Violence against the transgender community continues to be a growing problem. In 2019, according to the Human Rights Council, 26 members of the community were killed nationwide with 91% of the victims being Black women.

Meanwhile, Stephens shared a powerful message to her attackers.

"Know that I love you. I know that you don't love me and that's OK. But you not loving me is not a requirement for us to work together," she said.
Report a correction or typo
Related topics:
philadelphiaphiladelphia newscrimelgbtqtransgender
Copyright © 2021 WPVI-TV. All Rights Reserved.
TOP STORIES
Tornado outbreak: 7 twisters confirmed in Philadelphia region
Six people shot since Friday evening in Philadelphia
Several victims targeted in Spring Garden crime spree
FDA says it's working as fast as possible to fully approve vaccines
Mobile home park struck by tornado: "I just saw debris"
Video shows car dealership being hit by tornado in Trevose
DOJ says Russians hacked federal prosecutors
Show More
Family, co-worker of fatal hit-and-run victim speak out
Simone Biles withdraws from vault, uneven bars
AccuWeather: Comfortable Start to the Weekend
Officials: Mitigation measures in place for students as cases climb
OB-GYN associations recommend all pregnant people get vaccinated
More TOP STORIES News