Trenton, NJ firefighter hospitalized after being grazed by stray bullet

Authorities say the firefighter was grazed in the arm while he was working out at the firehouse.
WPVI
By Bob Brooks, 6abc Digital Staff and Katherine Scott 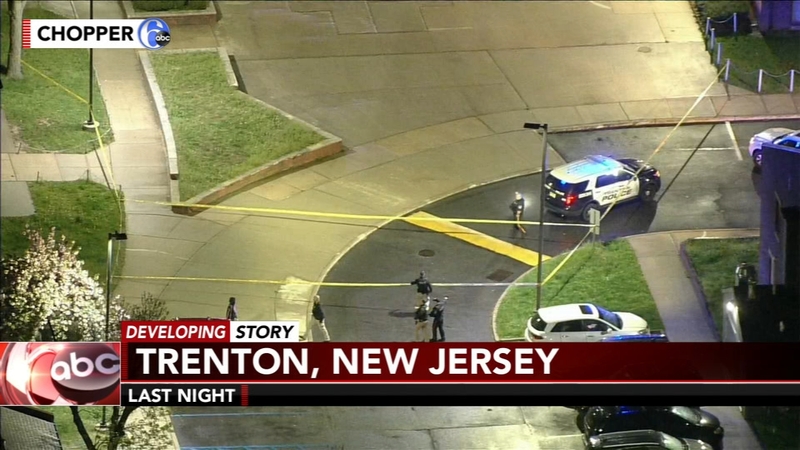 Trenton firefighter shot by stray bullet while working out at station

TRENTON, New Jersey (WPVI) -- A firefighter in Trenton, New Jersey was wounded by a stray bullet while working out at the firehouse on Tuesday night, officials said.

Two bullets pierced the back of the firehouse.

Police say one bullet struck the firefighter who was in the weight room. A second bullet went through the wall and into the kitchen, but did not hit anyone.

Authorities say the firefighter was taken to the hospital with a graze wound.

"It's concerning because my firefighters actually have to go to calls with bulletproof vests on. Now to have to be concerned with them to be possibly shot at the firehouse -- this is one of those rare incidents that happen, but this is a major concern," said Ken Douglas, the director of the Trenton Fire Department.

Chopper 6 over shooting outside Trenton, NJ firehouse on April 26, 2022.

The firefighter was released Tuesday night.

"Nothing made me happier than when I went to the hospital and I ran into the fireman in the parking lot and he was walking, he was fine," said Councilwoman Marge Caldwell-Wilson. "I gave him a big hug."

Police say approximately 12 gunshots were fired about 100 yards away from the firehouse in an apartment complex parking lot.
No arrests have been made at this time.