Trooper Mack will be laid to rest Thursday at St. Michael the Archangel Church in Levittown.
WPVI
By 6abc Digital Staff 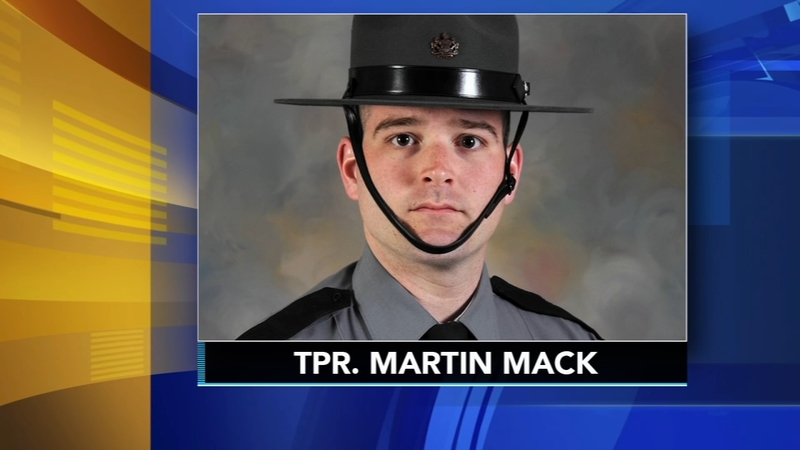 Services being held for Trooper Mack killed in I-95 crash

A public viewing for 33-year-old Trooper Martin Mack is being held Wednesday at the Wade Funeral Home in Bristol, starting at 10 a.m.

Mack will then be laid to rest Thursday at St. Michael the Archangel Church in Levittown.

He leaves behind a wife and two daughters.

A public viewing for 29-year-old Trooper Branden Sisca is scheduled for Friday from noon until 3 p.m. and from 5 p.m. to 9 p.m. at the Boyd-Horrox-Givnish Funeral Home at 200 W. Germantown Pike, Norristown.

A funeral for Trooper Sisca will be held at Perkiomen Valley High School on Saturday at noon.

Sisca's wife is expecting their firstborn in July.

Twenty-one-year-old Jayana Webb of Eagleville is facing charges in connection with the March 21 crash on I-95 in South Philadelphia that killed both troopers and the pedestrian, 28-year-old Reyes Rivera Oliveras of Allentown, whom they were assisting.

RELATED: Blood alcohol content of suspect in fatal I-95 crash was twice the legal limit: Police

Police said, at that time, Webb attempted to drive past the scene at a high rate of speed.