'There's more to it than drinking a Guinness': A meaningful look at St. Patrick's Day

A historic golden chalice is on display at Villanova University and many may not even know it.
WPVI
By TaRhonda Thomas 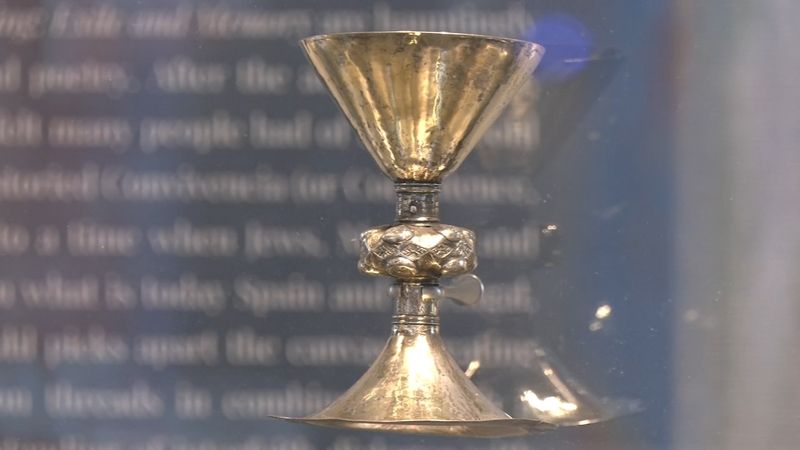 A meaningful look at St. Paddy's Day: 'More to it than drinking'

VILLANOVA, Pennsylvania (WPVI) -- In the rush to get across campus, students walking through the Connelly Center at Villanova University may not realize what they're rushing past.

"This is an amazing, amazing object," said Dr. Joseph Lennon, Villanova Professor and Emily C. Riley Director of the Center for Irish Studies as he looked at a golden chalice on display at Connelly Center.

"It's a chalice from circa 1480 in southern Ireland," he said of the object which is displayed through two glass panes, making it look like it's floating in the air.

The chalice was thought to be lost as many others were during a dark period in Irish history.

"Most of the chalices and metalwork of Ireland were melted down or were taken by Cromwellian soldiers or other English soldiers in Ireland," said Lennon. "This one was apparently saved. And we're fortunate that for 400 years someone has kept it safe."

Lennon says Catholics in Ireland, at that time, faced persecution that caused many to flee. 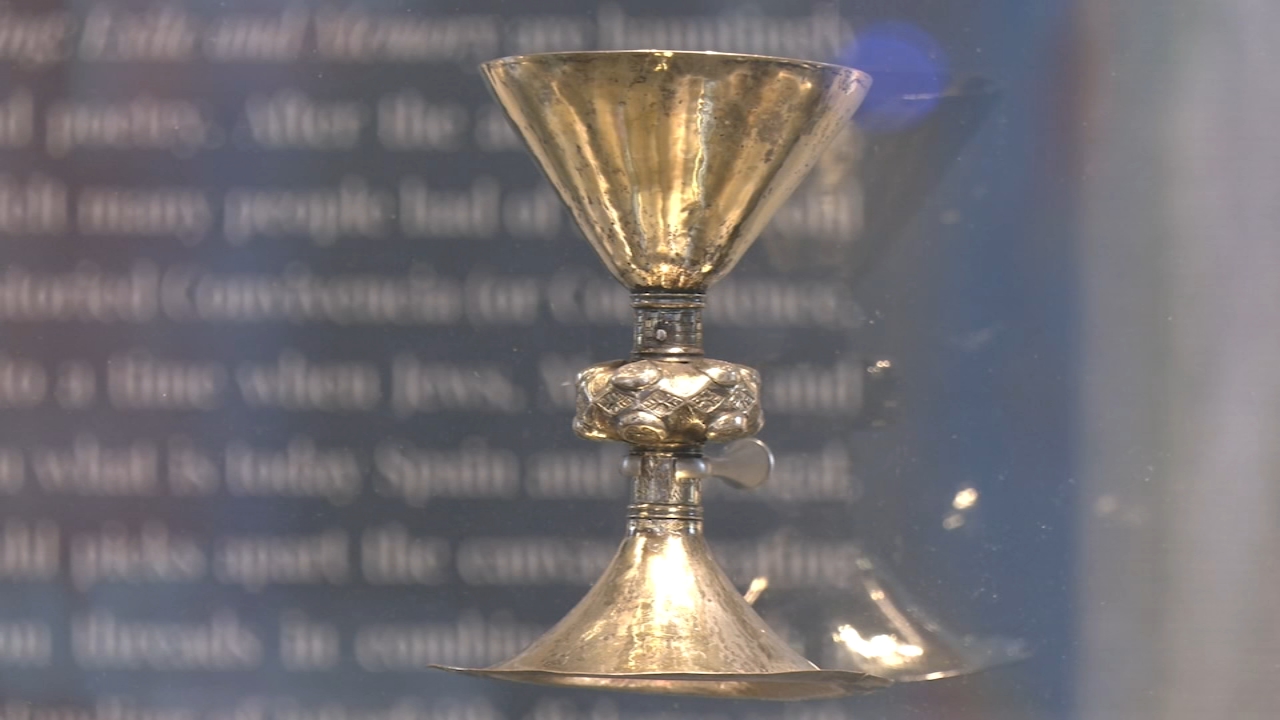 "To be Catholic in Ireland in this time was very difficult," he said. "It's likely this chalice could have been saved by monks."

For the first time ever, the chalice has come out of hiding.

"Villanova is the first place to publicly display this chalice," said Lennon.

The Philadelphia area is a fitting premiere venue for the chalice with nearly two million people in the state claiming Irish ancestry.

"In Philadelphia, particular, Irish people have flocked here," said Lennon of the area which was a promised land for Irish immigrants looking to restart their lives.

"The boom time of when Irish immigrants were coming to Philadelphia was the 1880s to around 1920," he said.

You’re looking at more than *five centuries* of history. This chalice from circa 1480 was found hidden in Ireland. @VillanovaU is the first to ever display it. Nearly 2m people in PA claim #Irish heritage. Worthy of a meaningful look at #StPatricksDay history. @6abc at 6pm. pic.twitter.com/lZrK4ivYLy

Many of those immigrants survived with support from the second-oldest continually-operating Irish charitable organization in the country.

"We started on St. Patrick's Day in 1771 in Philadelphia," said Mike Maloney, president of the Friendly Sons and Daughters of St. Patrick. "George Washington was on one of the original members."

The Friendly Sons and Daughters of St. Patrick was a lifeline for Irish immigrants.

It was a crucial service that helped the Irish immigrant population establish itself in Philadelphia in a way that not every immigrant group could. The community support was sorely needed both then and now.

"There was a lot of anti-immigrant sentiment then," said Lennon of the late 1800s and early 1900s in Philadelphia, "unfortunately (the same is true) today."

Relating to the struggle of immigrants today makes that aspect of Irish history still relevant and much deeper than a simple St. Patrick's Day Party.

"There's more to it than drinking a Guinness in a pub today... And our job with the Friendly Sons is to help keep that alive," said Maloney, adding that membership in the Friendly Sons and Daughters of St. Patrick is open to anyone who can document their Irish heritage, has two member sponsors and a $100 payment for a lifetime membership.

Dr. Joseph Lennon also keeps the Irish culture alive through his leadership post at the Villanova Irish Studies Department, which many Irish families have entrusted with their artifacts.

"People give us things all the time," he said, referencing coal from an Irish miner in Philadelphia and a harp that had once belonged to an Irish nun in the area.

The historic Irish chalice, which is made of silver-coated in gold, will be used for the first time in centuries during a public Mass on Sunday on the Villanova campus. As part of the Mass, the chalice is important not just because of its pricelessness but also for the people it represents.