The weapons screenings are taking place upon arrival for middle schoolers at six schools each day.
WPVI
By Katherine Scott 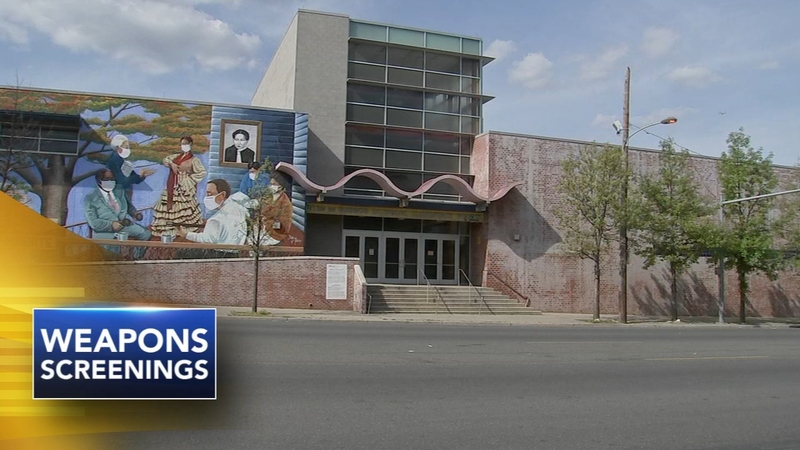 The weapons screenings are taking place upon arrival for middle schoolers at six schools each day.

Before students are scanned, they will have the chance to discard weapons or inappropriate items. If weapons are found on the students, they will be detained and referred to police.

Spokesperson Monica Lewis says the schools are selected at random, and the screenings are conducted in the presence of at least one school leader.

"They'll just have school safety officers at these schools where they already have them stationed anyway, and they'll have the students go through a detector, if a detector is at that building, or they will have the wand," Lewis said.

Metal detectors have already been installed at Philadelphia high schools for years, but recently, weapons began surfacing at elementary and middle schools.

"We have had at least two incidents where students may have had a weapon before they entered the building. Or there was a situation where the student had a weapon that discharged after school, outside of a building, and we assume he may have had that with him while he was in school that day," said Lewis.

The plan comes as gun violence surges in the city.

Just last week the school board asked City Council for support. These screenings are separate from that request.

"I think it's OK. I mean it has to happen, and unless they put in a metal detector, what else are they going to do," said Patricia Deminie, whose daughter attends Mitchell Elementary in Kingsessing.

Mitchell is a kindergarten through 8th-grade school. Parents did not know when their 6th through 8th graders would be screened, but some felt the violence across the city and in this neighborhood warranted the measure.

"Like where we're standing, people have passed," said parent Desaray Manily-Ward. "Last week a man got shot right there. Even though that's separate from the kids, it's just to be safe for everyone."