VIDEO: Massive whale lifts kayak out of the water? 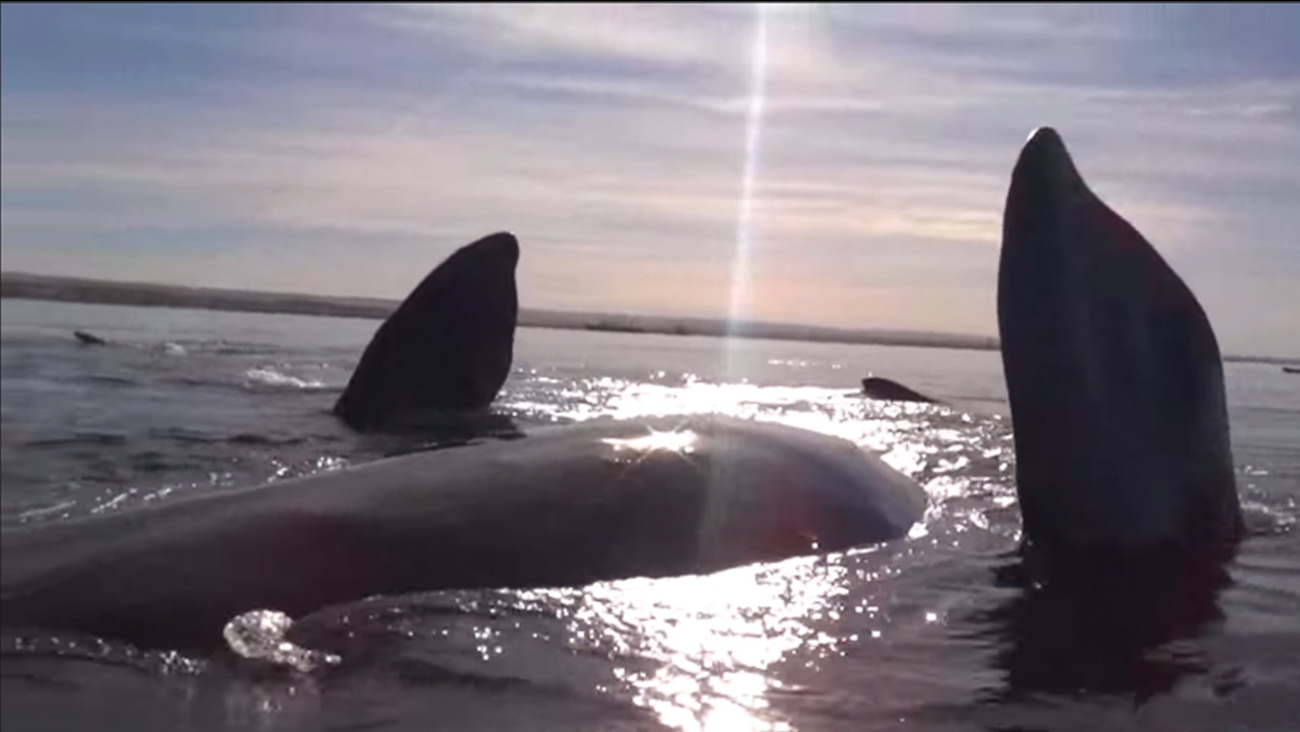 While kayaking off the coast of Argentina, a father and daughter get the surprise--and footage--of a lifetime when two enormous Right whales emerge out of the water before them. With the camera still rolling, the whales move to a collision course with the kayak. Within seconds, one of the whales descends, and raises the tiny boat out of the water on its back. Take a look! Is it real?

Excited, yet obviously startled, the two boaters are stranded atop the massive whale's backside, and taken for a short ride. After a few moments, the whale descends again, gently dropping the kayak back into the ocean.

Likely to be Southern Right whales, these gentle beasts are largely populated near Australia, South Africa, and Argentina, where the footage was reportedly captured. Some Argentinians and wildlife experts are criticizing the event as there are several laws, both national and international, that prohibit such contact with whales. The leading cause of death for its cousin, the Northern Right whale, is being struck by ships, and all types of Right whales are considered "endangered" by numerous countries. In 1984, the Argentine National Congress declared the Southern Right whale a "natural monument," continuing the protective attitude first instituted by the International Convention for the Regulation of Whaling, signed in 1935.

However, the footage is so extraordinary, some have called its authenticity into question. The video follows last month's release of an enormously doubted viral video involving a great white shark.

YouTube uploader gisela6652, translated from Spanish, describes the event as "an incredible evening."

What do you think of the footage? Is it real? Was it right? Let us know in the comments below.