Police say 14-year-old Jesse Everett was shot in the head while at the Phillips 66 gas station in Willingboro Township.
WPVI
By 6abc Digital Staff 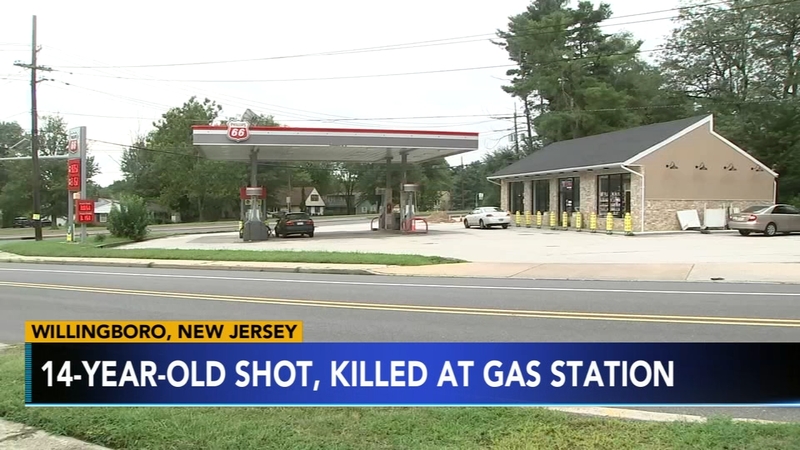 WILLINGBORO TWP., New Jersey (WPVI) -- Police in Willingboro Township, New Jersey are searching for the gunman who shot and killed a young teenager at a gas station on Saturday afternoon.

It happened around 3 p.m. at the Phillips 66 gas station located on Martin Luther King Jr. Boulevard.

The victim, 14-year-old Jesse Everett, was shot in the head while inside a vehicle parked at the gas station. The vehicle was reported stolen, according to investigators.

Authorities are still searching for the gunman who exited another vehicle and shot Everett.

"The investigation revealed that the victim pulled up to the pumps in a vehicle that earlier had been reported to police as stolen. Another vehicle soon entered the gas station. A male exited the passenger side of the second vehicle, approached the vehicle that Everett was in and shot him once in the head," said the Burlington County Prosecutor's Office in a press release Sunday.

Everett was rushed to an area hospital where he later died.


Two other people were inside the car with Everett but did not sustain injuries.

The incident is not considered to be a random confrontation, said investigators.

Anyone with any information is asked to call the Willingboro Township Police Department or the Burlington County Prosecutor's Office.