Another officer released from hospital after Wilmington, Delaware shooting 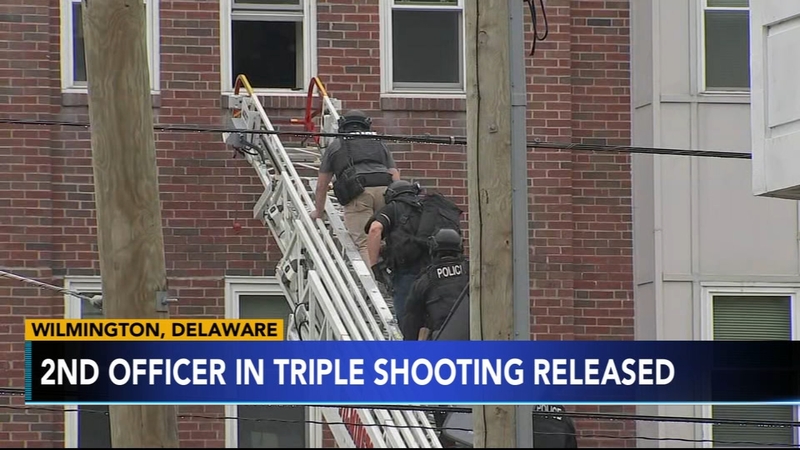 Another officer released from hospital after Wilmington shooting

WILMINGTON, Delaware (WPVI) -- A second police officer who was shot on Wednesday night in Wilmington, Delaware has been released from the hospital.

"We are glad to see our three wounded officers continue to make progress in their recovery," he said. "We are thankful for the outpouring of support that these officers and our agency and community have received in the wake of this tragic assault on public safety and our City as a whole."

The shooting happened around 9:30 p.m. Wednesday in the 2400 block of North Market Street.

Officers were called to the scene for a domestic violence incident. As they entered the building, police say 31-year-old Bernard Goodwyn began shooting, wounding the three officers.

Police have identified the man who allegedly shot three officers in Wilmington, Delaware on Wednesday night, leading to a standoff that lasted for 12 hours as Bernard Goodwyn.

A standoff between police and Goodwyn ensued, and for 12 hours police say they tried to negotiate Goodwyn's surrender.

On Thursday morning, officers entered the room in which Goodwyn was located and found him dead with an apparent self-inflicted gunshot wound. Police say his gun was recovered at the scene.

Police rescued several women and a child during the standoff.

A woman exited a building that has been the center of an hourslong standoff after 3 Wilmington police officers were shot.