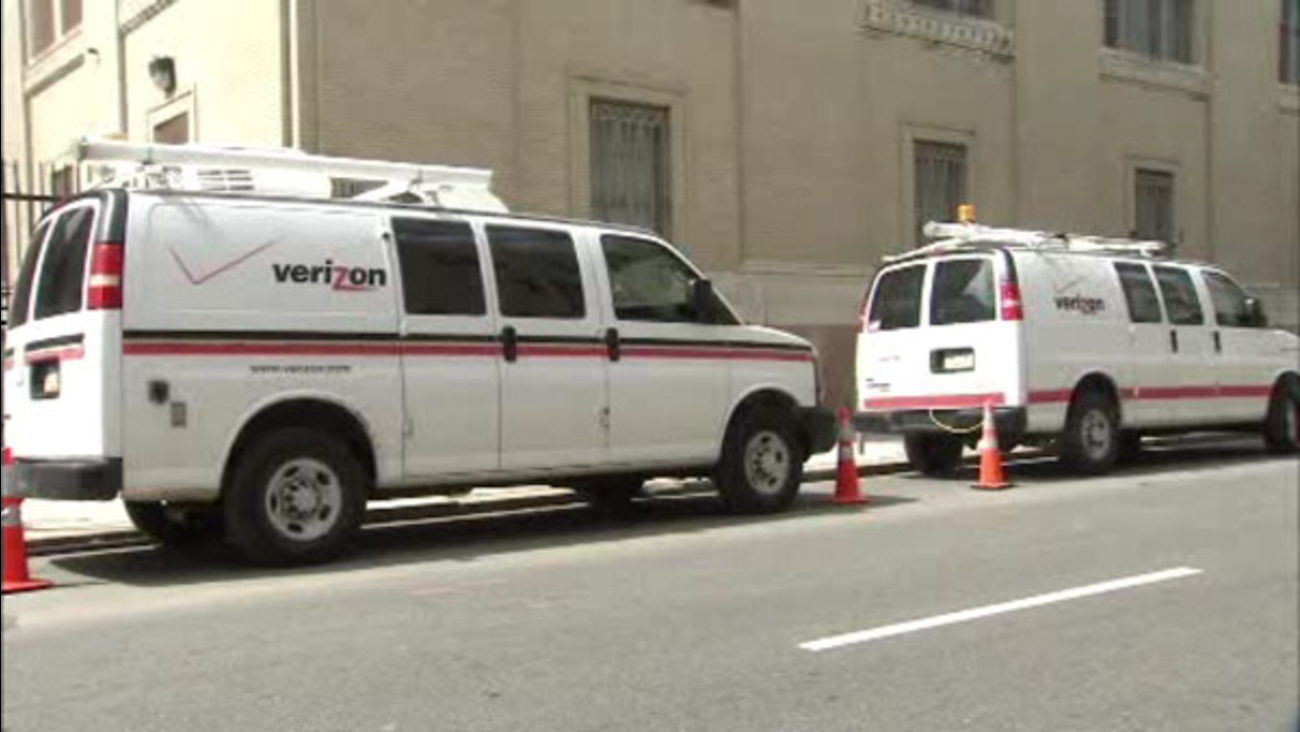 The tentative pact, announced by the Communications Workers of America union, stands to end one of the largest strikes in the United States in recent years. Workers and Verizon Communications Inc. had reached an agreement in principle Friday but hadn't released details or a date for the workers' return.

"This contract is a victory for working families across the country and an affirmation of the power of working people," CWA President Chris Shelton said.

New York-based Verizon had no immediate comment. The company has said Friday's agreement in principle makes "meaningful changes and enhancements" that will make its wireline business more competitive.

The International Brotherhood of Electrical Workers union, which represents about 10,000 of the striking workers, did not immediately respond to a request for comment.

Union members will vote on the deal after returning to work. Besides the raises and new call center jobs, the tentative agreement includes $1,250 in signing bonuses and health care reimbursements for new workers, a 25-percent increase in the number of unionized crews maintaining Verizon's utility poles in New York state, and three 1 percent increases in pensions, which Verizon had proposed to freeze, the CWA said. The first-time contract for wireless retail store workers affects 70 of them.

"Together, we are turning the tide from cutbacks against working people to building a stronger labor movement and strengthening the power of working Americans," said Dennis G. Trainor, vice president of the union's District 1, which includes New York, New Jersey, New England and eastern Canada.

Installers, customer service employees, repairmen and other landline and cable workers in nine Eastern states and Washington, D.C., struck in mid-April after working without a contract since last August. During the strike, other workers have stepped in, but there were some delays in installations of Verizon's Fios fiber-optic service.

The strike made its way into the presidential campaign. Democratic front-runner Hillary Clinton visited strikers outside a Verizon store in midtown Manhattan, and rival Bernie Sanders cheered workers on a picket line in Brooklyn.

The unions said they were striking because Verizon wanted to freeze pensions, make layoffs easier and rely more on contract workers. Verizon said that it had high health care costs for its unionized workers, which have shrunk as it sold off large chunks of its wireline unit and focused on its mobile business, which was not unionized. It also wanted the union workers, just over one-fifth of its U.S. workforce, to agree to move around to different regions when needed, which the union opposed.