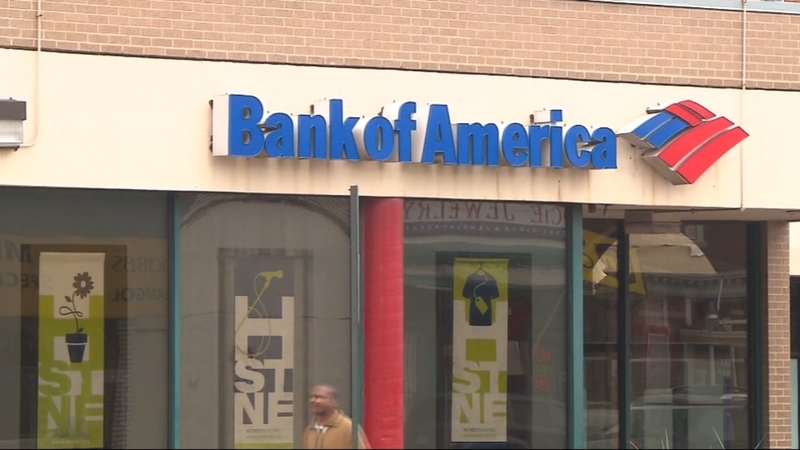 Zelle scam: Who gets their money back and why?

SAN FRANCISCO -- A widespread scam is targeting Bank of America and Zelle customers. Imposters claiming to be from the bank tricking consumers into sending them money through Zelle.

It's kind of a Wild West when it comes to payment apps like Zelle. Your money gets transferred instantly, it's non-reversible and mostly unregulated. For some, it means the bank gets to decide who gets a refund and who doesn't.

"I got a text message saying, 'Did I authorize a Zelle transaction...'" said Donna Stoker of Cartersville, Georgia.

"So I fell for it right away, I got freaked out," said Claudia Rivera of San Jose.

They all were victims of the Zelle scam that has spread across the country.

Bank of America has offered refunds to only some of the victims of a scam that uses quick-payment app Zelle to transfer funds out of their accounts.

Imposters claiming to be from Bank of America tell victims someone is draining their accounts.

"He could help me out to get those funds back," Rivera said.

"He started giving me instructions..." said Deborah Lagutaris of Oakland.

"You're gonna go to Zelle and you're gonna send it to yourself," said Crystal Vaka of Antioch.

RELATED: Victim of the Bank of America, Zelle scam? Here are your rights

The imposters tell victims to quickly use Zelle to send the money back to themselves.

In reality, they're sending the money straight to the scammers.

"It was probably one of the worst weeks of my life," said Lagutaris.

Each filed a claim with Bank of America -- and each was denied. The bank said victims had authorized the payments, so they were responsible for the loss.

"You see that $3,500 and your heart just sinks." After being caught in a scam targeting Bank of America and Zelle users, one school nurse was tricked into transferring thousands of dollars to fraudsters.

And Zelle offers no protections.

"I called Bank of America, I said, 'This is wrong,'" said Lagutaris.

"So you're gonna tell me you're not gonna insure this?" Stoker had asked the bank.

However, our sister station KGO-TV pointed out that scammers had tricked these customers into transferring their money.

And without saying why, Bank of America reversed itself, and refunded money to all of these victims.

"'You mean I get the money back?' She said yes!" Pollack recounted.

"I can't tell you how happy I am," said Rivera.

"Thanks to you we will all be OK," said Vaka.

RELATED: More victims of Bank of America, Zelle scams come forward; here's how to protect yourself

Now comes Winnie Ng of San Carlos. She also got a call from a B of A imposter claiming someone was draining her account, persuading her to transfer $1,000 through Zelle.

Now her money's gone too.

But B of A denied her claim -- and stuck to that decision.

Now Ng says, why is her claim different?

"I'm so lost to where, how do they decide that my case should be denied?" Ng asked. "I feel I'm at the mercy of the person who's analyzing my case."

Consumer advocate Bob Sullivan says there are no clear regulations for payment apps, while scammers are exploiting them more. "It'll probably take banking regulators years to catch up with what's going on with Zelle," he said.

Scammers are using the fear of rampant banking fraud to lure their victims. It cost one man half his life savings.

The Consumer Financial Protection Bureau said that includes those who are tricked into giving access to their accounts.

But that interpretation is not written into law, which leaves banks acting on their own.

"My money was really taken from my bank account via Zelle. It was from a phone call from a scammer," Ng said. "Why are they discriminating my case?"

B of A told Ng it denied her claim because she authorized the Zelle transfer.

But so did the other victims, who did get refunds.

"Just giving me the runaround, thinking I will accept their reasons for it. But it is just so unfair," Ng said.

B of A did not say why it refunded some victims but not others. The bank says it considers each case individually.